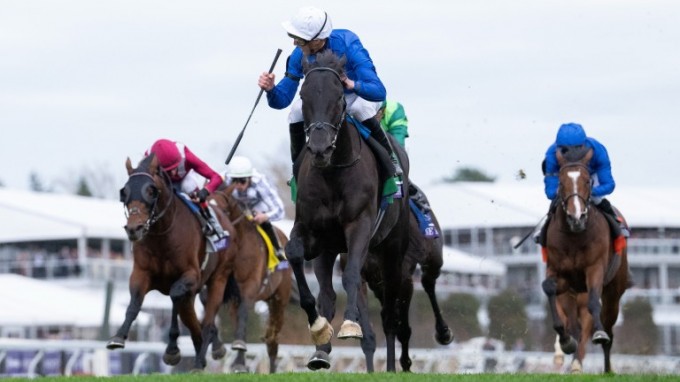 James Doyle became a 2,000 Guineas hero earlier this year when William Buick rode another Godolphin runner at Newmarket and he was the beneficiary again in Saturday’s Breeders’ Cup Turf, which he captured on Rebel’s Romance – who supplied Charlie Appleby with another magical moment at the meeting.

Doyle won the 2,000 Guineas on Coroebus after Buick chose to ride Native Trail and Appleby’s number one had the pick again in the Turf and sided with Nations Pride, who had no answer to his stablemate’s late surge.

Stone Age was second with War Like Goddess third.

The victory underlined Appleby’s prowess when it comes to the Breeders’ Cup, where he has now had a remarkable nine winners from just 18 runners.

They included Mischief Magic in Friday’s Juvenile Turf Sprint and Modern Games in the Mile on Saturday’s bill.

The pair were ridden by Buick, but he will not begrudge Doyle – best man at his wedding last year – a high-profile and welcome Stateside strike.

In Rebel’s Romance, he had a prolific, hardened international campaigner to ride and knew him from a Group 1 win in the Grosser Preis von Berlin at Hoppegarten in August.

“I’ve come over quite a few times on fancied horses and I was probably a little immature in dealing with these type tracks and didn’t give them the best rides,” he said after his first Breeders’ Cup winner. “We’re used to big, galloping tracks in Britain, but you get used to these after coming over for a few years and riding for the right stable.

“My sister Sophie has been based out in the States for eight years now and I feel I’ve come over with fancied rides and it hasn’t gone to plan – I feel like I’ve let her down a bit. I think she’d be pretty proud, but she couldn’t make it here today as my niece – her daughter – hasn’t been in the best form the last couple of days, so they’re sat at home watching.”

Of his willing partner, the rider, who punched the air crossing the line, added: “Both horses were fancied and I knew William wasn’t 100 per cent convinced. He chose and stuck by Nations Pride, but any Breeders’ Cup ride you get for Charlie Appleby has definitely got a chance – he’s proven that.”

Appleby, who retained his champion trainer crown in Britain this term, had three winners from just four starters at the Breeders’ Cup when it was staged at Del Mar last year and he has now matched that haul, albeit with seven runners this weekend.

He was, however, keen to pay tribute to Doyle, who plays second fiddle to Buick, but is viewed as a valued member of the outfit.

“We’re all one big team,” said Appleby. “For James to have his first Guineas winner – and mine – at the start of the season was great. That was his first Breeders’ Cup winner and I’m delighted I could provide it for him – he’s a huge part of the team. 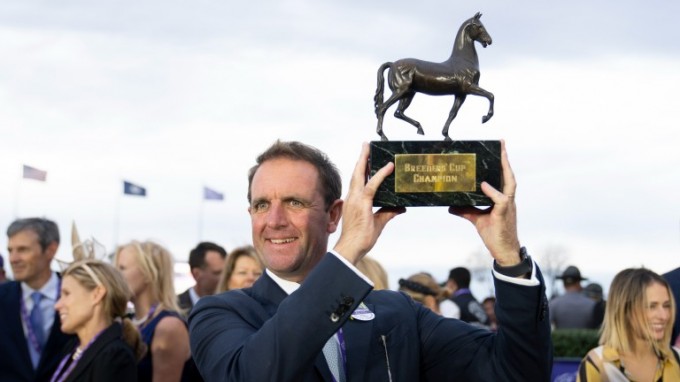 “It’s been a great meeting and I’m very happy for everybody to round it off like this.”

Rebels’ Romance only made his debut on turf in June and is unbeaten on it since.

“He’s turned himself round to be fair – probably telling me to switch him to the turf,” Appleby added. “Saying that, I watched him training on the dirt two days ago and said to the team I wish I was running him on the dirt – he loved it.

“He’s a lovely big horse and time has helped him. He’s another son of Dubawi and what more can I say about him as a stallion?”

Godolphin’s REBEL’S ROMANCE (IRE) (g, 4, Dubawi {Ire}–Minidress {GB}, by Street Cry {Ire}) began his 4-year-old season as a candidate for the G1 Dubai World Cup, given his success in the G2 UAE Derby as… [To read this entire TDN News Story, click here.]