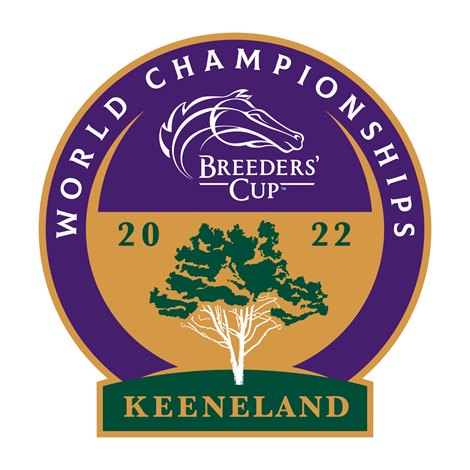 Modern Games Rolls Home In the FanDuel BC Mile

If betting Godolphin’s MODERN GAMES (IRE) (c, 3, Dubawi {Ire}–Modern Ideals {GB}, by New Approach {Ire}), you actually got paid this year, as the striking chestnut steamed down the center of the Keeneland turf course… [To read this entire TDN News Story, click here.]

Malathaat Gets Best of Blanket Finish in Dramatic Distaff

Shadwell Stable’s Malathaat (f, 4, Curlin–Dreaming of Julia, by A.P. Indy) got her nose in front in the final jump to win the GI Breeders’ Cup Distaff by the narrowest of margins over Blue Stripe… [To read this entire TDN News Story, click here.] 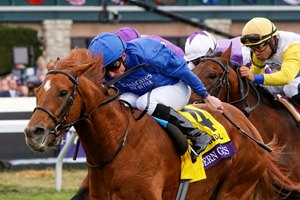 Modern Games Adds to BC Accomplishments With Mile Win

Godolphin’s homebred Modern Games  overcame a tardy jump out of the gate to rally in the stretch of the $2 million FanDuel Breeders’ Cup Mile presented by PDJF (G1T) to win by three-quarters of a length as the 6-5 favorite. The final time was 1:33.96. The Charle Appleby trainee paid $4.76 for a $2 win wager.

The son of Dubawi  captured his second consecutive Breeders’ Cup World Championships victory, having won a controversial edition of the 2021 Breeders’ Cup Juvenile Turf (G1T) last year, where he ran for purse money only but was unavailable for betting after an erroneous scratch.