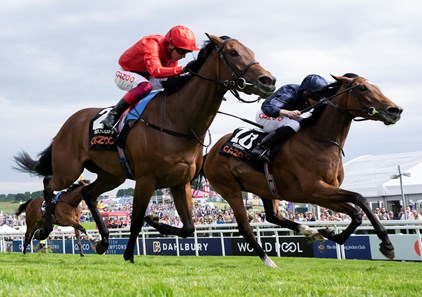 Cody’s Wish Gets Up Late in Dirt Mile

‘They have an unbelievable bond’ – Cody’s Wish earns tearjerking victory 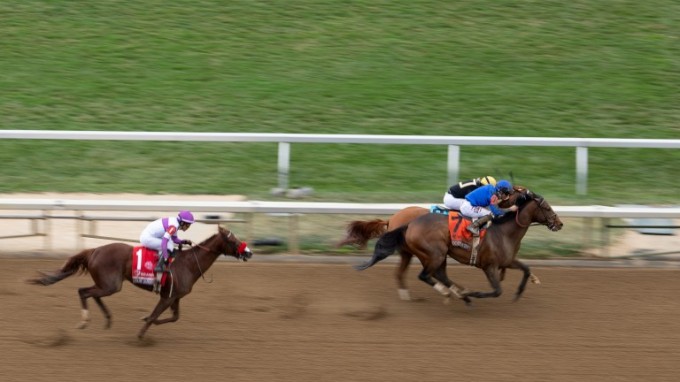 Cody’s Wish provided his connections with an emotional last-gasp win in the Dirt Mile for trainer Bill Mott.

The four-year-old has developed a special bond with his namesake Cody and it was a special moment as Junior Alvarado got up in the nick of time to deny Cyberknife.

Alvarado, who was riding his first Breeders’ Cup winner, said: “The first time I got to meet Cody was at Churchill when I won on him and as I was going into the winner’s circle, all he wanted to do was go to where Cody was – it’s an unbelievable bond they have.”

It was a seventh victory for the son of Curlin and his second top-level success for Mott, who said: “I really think that luck is following this horse, he had a great trip today and Junior rode him very well.

“He had a lot of people pulling for him but besides that, he’s a very good horse.”

16-year-old Cody was born with Wolf-Hirschhorn syndrome, a rare genetic disorder which means he is left to communicate using a tablet.

He met his namesake as part of a Make-A-Wish trip to Godolphin’s Gainsborough Farm when he was a foal and a special bond has grown since.

“We’re all family, Godolphin has treated us like family from the get-go,” said Cody’s father Kelly Dorman. “I just want to thank everyone has supported this and smiled from it.”

Favourite Goodnight Olive won her sixth race in a row with a dismissive victory in the Grade 1 Breeders’ Cup Filly & Mare Sprint, the opening contest on the second day of the Breeders’ Cup.

Always placed in a stalking position behind frontrunning Slammed, Goodnight Olive loomed into the race once in clear daylight at the head of the home straight and another victory was never in doubt as she was punched out to win for trainer Chad Brown.

Winning jockey Irad Ortiz said: “She was amazing – she was another grade. I took my time and she can do anything.

“The trainer has done an amazing job with her as she’s not easy to train, but he’s taken his time with her and she responded so well – she’s getting better and better.”