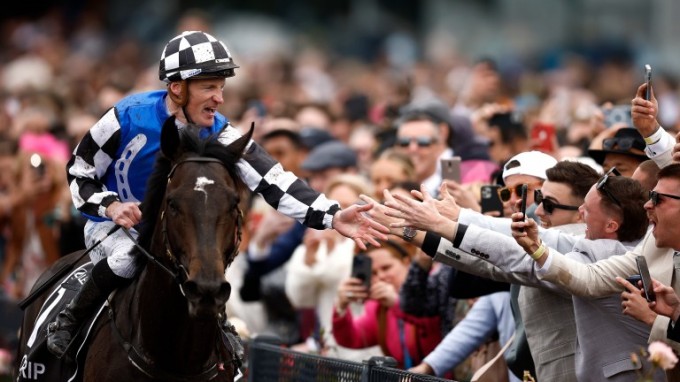 Knights Order made a notable move with around half a mile to run, asserting into a two-length lead and getting the big field on the stretch.

Deauville Legend and fellow British-trained runner Without A Fight moved into contention on the turn into the home straight, with the first-named going particularly well.

It was Gold Trip, however, who came with a withering run on the outside, storming to the front inside the final furlong and a half. Emissary ran on well late but could not peg back the leader.

High Emocean, a stablemate of the winner and one of five runners for Maher and Eustace, finished well from the back of the field for third.

Zahra said: “It’s unbelievable to win this great race. I got to the front a bit too soon and for the last half furlong I was just praying no one would come near me. It seemed to go on forever. The elation just hit me when I crossed the line.

“Mum used to give me the day off as a kid to watch this race so it’s absolutely surreal to win it.” 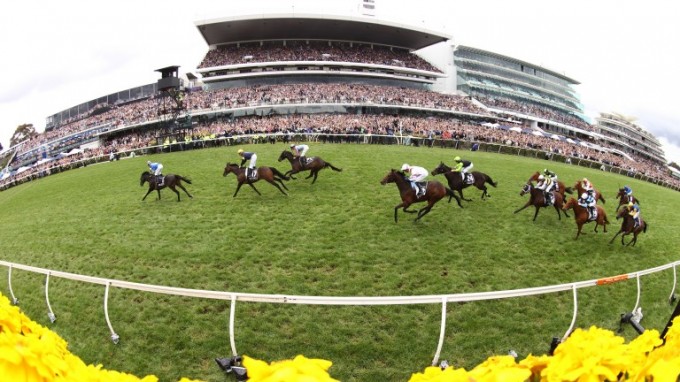 A landmark first success in Australia’s most famous race had extra significance for Zahra as he missed the ride on last year’s winner Verry Elleegant due to a Covid-19 breach that led to a three-month suspension.

Zahra said: “I felt terrible about it last year and was probably drinking my way out of it. Verry Elleegant could have been my ride but it was redemption day today.

“That hadn’t slipped my mind and I think about it all the time so for it to happen today is special.”

For the Britain-born Eustace, whose father James was a trainer in Newmarket and brother Harry joined the training ranks last year, it was a dream come true having headed over to Australia eight years ago.

Eustace said: “I can’t believe it and I’m a bit overcome. It’s a dream come true and the pinnacle of our sport to win this race, and to do it with Ciaron is special.

“Gold Trip was so unlucky in the Caulfield Cup – we were so gutted when he was beaten – so it’s quite incredible for him to go one better here.

“He came there to win it today but then he looked like he was going to get beat, like he did at Caulfield, but to the horse’s credit he dug in again and really showed his toughness, especially with that weight.

“It was an inch perfect ride from Mark. We knew they would go quick but he was really patient. The plan was to save as much energy as possible and to ask him to quicken at the right time, which he did.” 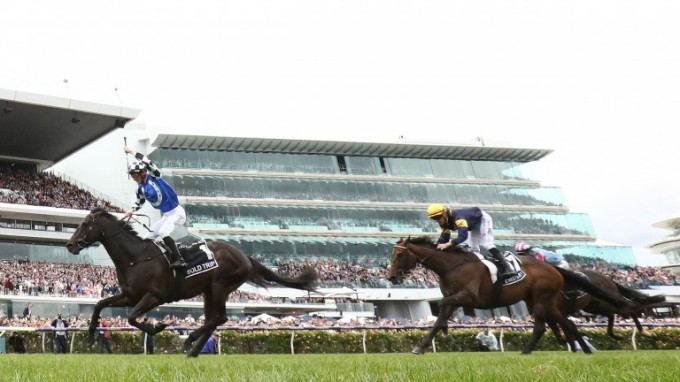 James Ferguson felt the ease in conditions was Deauville Legend’s undoing. He said: “He’s run a solid race. It would have been a different story if the track wouldn’t have been so soft. He was given a beautiful ride by Kerrin [McEvoy] but he just didn’t handle the ground.”

Ed Crisford, who trains Without A Fight with his father Simon, shared similar views to Ferguson after their runner weakened quickly out of contention in the straight.

Crisford said: “He jumped out well and got a good position but William [Buick] said his wheels were spinning and he went out like a light.

“It’s softer than we thought out there and his better form has been on a quicker surface. I think the ground played a big part today – remember that the winner finished fourth on a heavy track at Longchamp in the Arc.”