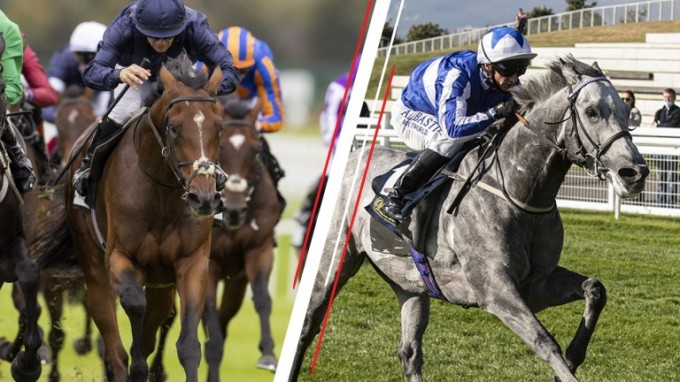 Qipco British Champions Day is set to bring the curtain down on the Flat season proper in style at Ascot on Saturday, where Baaeed will attempt to end his stunning career unbeaten in the Champion Stakes. Inspiral, Trueshan, Eldar Eldarov and Emily Upjohn are some of the other big names in action, but who do some of our top tipsters fancy to land a blow on the big day?

This race looks ripe for a small upset.

Trueshan has been disappointing since winning the Northumberland Plate, Eldar Eldarov won a weak St Leger and Quickthorn ran appallingly at Longchamp just a couple of weeks ago.

Step forward Waterville, who did remarkably well to overcome trouble in running to land the Irish Cesarewitch at the Curragh three weeks ago, recording some impressive late sectionals.

The fact he was able to come from such an unpromising position, after a sluggish start, in a slowly run race and still beat some battle-hardened opponents speaks volumes about his ability and he was having only his sixth start.

There should be plenty more to come from this lightly raced three-year-old and he can announce himself as the next Ballydoyle staying star.

He may have finished only fourth but I thought Art Power ran a remarkable race in this last year when fourth from stall 20. The first three home came from 5-2-4 and the Tim Easterby-trained grey had to do his own thing down the centre of the track away from the main action.

The draw has been much kinder to Art Power this time and stall eight means he will be right in the thick of things from the word go.

He was sent off 3-1 favourite for the race 12 months ago off the back of a stylish win in the Renaissance Stakes at the Curragh. He won the same event en route to Ascot this year and produced an even better performance according to Racing Post Ratings. He received an RPR of 120 in 2021 and 123 in 2022.

He certainly looked better than ever at the Curragh and I cannot believe he was 8-1 all week. Even the 6-1 available now looks terrific value.

The Champions Sprint is an open heat and I may end up spreading my stakes around a few of the 18 runners. The only one I have gone in on for now is Garrus, whose price is way out of whack.

In line with the Charlie Hills yard as a whole, Garrus has had the season of his life. After travelling well on the near side before trailing off at Royal Ascot, he won a Group 3 in Deauville on his next start before finishing a length third, behind only Highfield Princess and Minzaal, in the Maurice de Gheest.

Garrus is drawn in the thick of the action here and is several times the price of horses he beat on his last run. Odds of around 20-1 look way out, and are particularly appealing with five places available each-way.

I’m fascinated by the chances of Stormy Antarctic and believe the spritely nine-year-old can run a big race off a potentially lenient mark.

At his peak, he was a Group 2 winner and more recently he scored at Listed level at Goodwood in May 2021. He has shaped with promise in all three of his 2022 runs and his latest third at Ayr can be upgraded given the ground was too quick for him.

His rating of 103 could easily underestimate him and a strongly run mile should also play to his strengths. The forecast seals the deal for me, especially at odds around 16-1.

Who wins the 2022 Queen Elizabeth II Stakes based on previous trends?