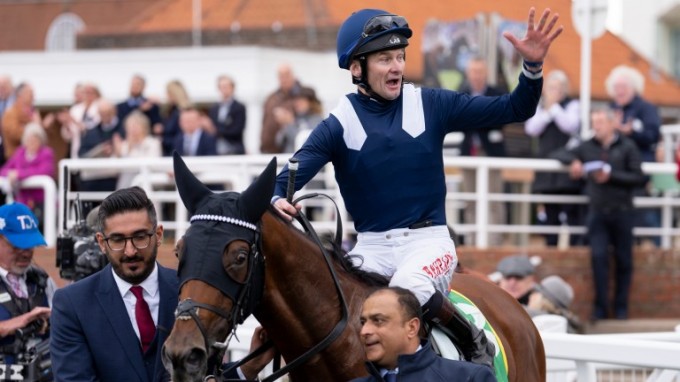 There were tears in Paris last weekend when Sir Mark Prescott reached the pinnacle of his distinguished career by winning the Prix de l’Arc de Triomphe with Alpinista, and there was a similar outpouring of emotion towards jockey Robert Havlin as he finally claimed his maiden Group 1 victory aboard Commissioning in the bet365 Fillies’ Mile.

Derby-winning jockeys Adam Kirby and Richard Kingscote were among the riders who emerged from the weighing room to cheer in Havlin, who was then mobbed by well-wishers and wrapped up in a loving hug by Frankie Dettori as the Newmarket crowd cheered the most deserved of top-level successes.

“It’s a bit like Sir Mark’s Arc,” said John Gosden, joint-trainer of the winner and Havlin’s boss for many years. “For Robert, nobody deserves this more.”

Gosden’s admiration and appreciation for the jockey, and the delight Havlin’s victory elicited in his fellow riders, comes from the acknowledgement of the key role he has played in the development and education of so many stars on the gallops at home while others have taken the headlines on the course, be it Jimmy Fortune, William Buick or, most recently, Dettori.

“He is my best friend and to see him win a Group 1 is great,” said Dettori, who missed the victory due to suspension. “He puts in so much hard work. All the best horses I’ve ridden in my life he has prepared for me and he has finally got his rewards, which is amazing.” 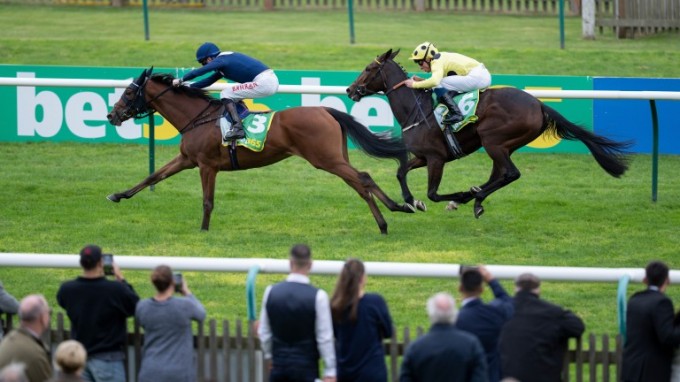 To ensure any nerves did not get the best of him before his latest shot at a Group 1, Havlin spent much of the day occupying himself and not letting his mind drift, especially as Laurel had come agonisingly close to winning the Group 1 Sun Chariot for him last week only to get narrowly beaten.

“We knew she was coming here with a top chance and everybody was wishing me good luck today, but my focus has been on doing things to keep my mind busy,” Havlin said.

“That’s nice to do it. Group 1 winners are hard to come by and I was thinking that last week on Laurel. I got a great position, got to the front at the right time and the other horse came back and beat me, I couldn’t believe it. When the whole thing goes right and you get beaten you wonder what more you can do.

“Frankie tends not to leave any stone unturned when it comes to what he rides in a Group 1 either – and he doesn’t get banned nearly enough! I’m elated, but I also don’t think it’s really sunk in.”

While Commissioning was able to maintain her unbeaten record, it was not as straightforward as her price of 8-13 favourite would suggest.

The filly became unbalanced in the Dip – despite winning the Group 2 Rockfel Stakes at the course last month – and only asserted in the final run to the line. She was cut to 4-1 (from 6) to land next year’s Qipco 1,000 Guineas for owner-breeders Isa Salman and Abdulla Al Khalifa.

“It’s only the third run of her career and she got unbalanced going into the Dip,” Havlin said. “She was quick to correct herself though and she was really strong at the end – I put my stick down for the last half a furlong and she was really going on.

“She’s got a good mind on her, she relaxes and then she’s push-button to ride; I certainly think she’ll get ten furlongs. With a winter on her back she’ll be a special filly next year.”

In all likelihood, it will be Dettori back on board Commissioning when she lines up in the Guineas, but that was not bothering Havlin at all as he lifted the large glass trophy given to him for victory above his head.

“I’ll fill it with champagne later on!,” the rider beamed.

Did we see the Guineas winner in the Fillies’ Mile? Racing Post experts’ view