Will Flightline Run Next Year? Farish Weighs In

While a decision regarding whether or not superstar Flightline (Tapit) will buck industry trends and return to the races next year as a 5-year-old will not be made until after the Breeders’ Cup, co-owner Bill… [To read this entire TDN News Story, click here.] 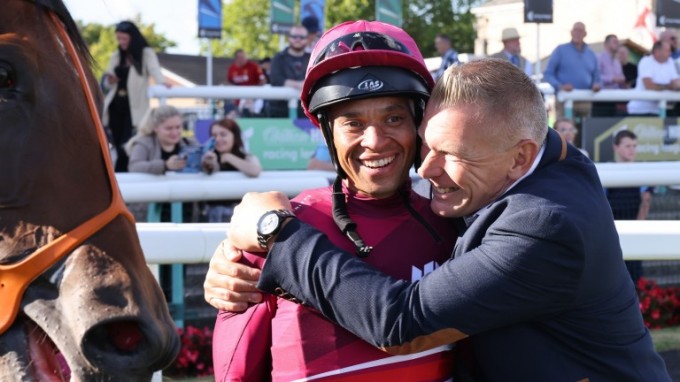 Sean Levey: is set to return to action on Friday at Haydock - John Grossick (racingpost.com/photos) – By Scott Burton

Sean Levey says he feels aggrieved at missing eight days of racing, including the final of the Racing League, following the news that he has been reinstated as medically eligible to ride after a negative urine test.

The Classic-winning jockey was stood down by stewards at Sandown last Wednesday after an instant saliva test produced a positive result for amphetamine, a prohibited substance.

In a statement released by Levey on Wednesday, the jockey made clear he was convinced of his own innocence and immediately requested a urine test, which was carried out within 24 hours.

Levey had been on course to land the £20,000 first prize as the Racing League’s leading jockey but was forced to miss the final meeting at Newcastle, where Saffie Osborne overhauled him after riding an improbable 6,539-1 treble.

He is set to return to action on Friday at Haydock with five rides.

“Although I am happy to be back riding later this week, it’s hard not to feel aggrieved at what has happened to me the last few days,” said Levey.

“Some might say I’ve been unlucky with the false positive happening just before the Racing League final, but I sincerely hope that there are lessons to be learned from this and that similar things don’t happen to jockeys in the future.”

The Professional Jockeys Association hailed the introduction of instant saliva testing in May 2021 as a major deterrent for any rider to go to the races having consumed a prohibited substance.

The BHA did not comment on the case other than to confirm Levey was cleared to ride again on Tuesday, meaning his agent Sash Righton was able to start booking rides from Friday onwards.

The statement referred to Levey’s desire for a full investigation as to what went wrong with the initial test.

Levey added: “I appreciate the support I’ve received from trainers, fellow jockeys and my sponsor SBK throughout the past week. I look forward to getting back in the saddle this weekend.”