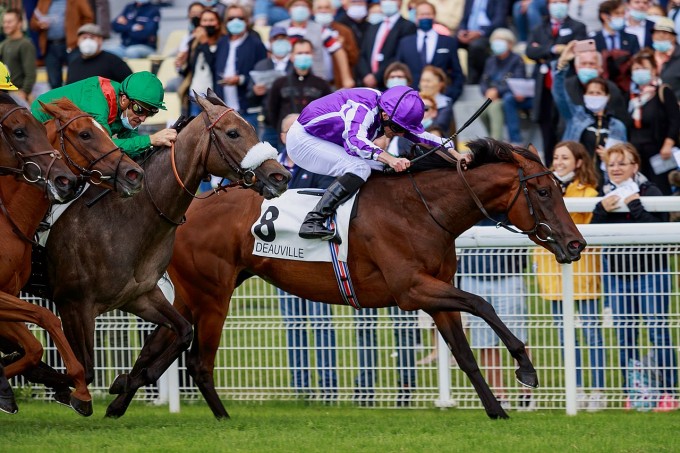 Bay Bridge’s ascent into the major league of middle-distance horses, illustrated by his fine second to State Of Rest in the Prince of Wales’s Stakes at Royal Ascot last Wednesday, is another feather in the cap for his breeder and joint-owner James Wigan.

The renowned agent’s achievements in the bloodstock industry, as outlined on the website of his London Thoroughbred Services, is worth a look for the jaw-dropping list of racehorses and stallions he has either bred, bought, sold or managed.

Wigan has signed for many top lots over the years, including the then record-priced broodmare Magical Romance for 4,600,000gns, and has struck numerous private deals for other blue-chip stallions and mares – including in-form blue hen Magnificient Style, dam of Derby winner Desert Crown’s sire Nathaniel and ancestress of the past week’s Listed winners Dubai Future and Glenartney, on behalf of Waddesdon Stud.

But as his roll of honour also shows, he isn’t afraid to roll up his sleeves and get stuck into the lower end of the market in pursuit of accomplished horses, either.

So it was with Bay Bridge’s (pictured below) dam Hayyona, who has a somewhat unusual profile for a dam of a potential superstar, being an unplaced daughter of Multiplex out of a King Of Kings mare – but also, in mitigation, being a half-sister to Group 2 scorer Shimraan from the top Aga Khan family of Classic winners Shahrastani and Shemaka. She was purchased as a breeding prospect by Wigan for a mere 18,000gns from the Tattersalls December Mares’ Sale of 2013, at the end of her three-year-old season.

The New Bay colt Bay Bridge is one of two winners that London Thoroughbred Services has since bred from Hayyona, along with five-time scorer Nataleena, a six-year-old mare by Nathaniel still in training with Ben Haslam.

Another good example of Wigan’s eye for a bargain is Masskana, an unraced Aga Khan Studs-bred daughter of Darshaan and Poule d’Essai des Pouliches heroine Masarika. She was bought for a very reasonable 48,000gns in 1994 and went on to produce three Group/Grade 1 winners in Dank, Eagle Mountain and Sulk.

The apple didn’t fall far from the tree when it came to Wigan’s skill for pinpointing and nurturing broodmare talent as his father Dare, once the racing correspondent for the Financial Times, and mother Dawn, who inherited West Blagdon Stud in Dorset from her father Charles Gordon upon his death in 1959, also had good form in this department. 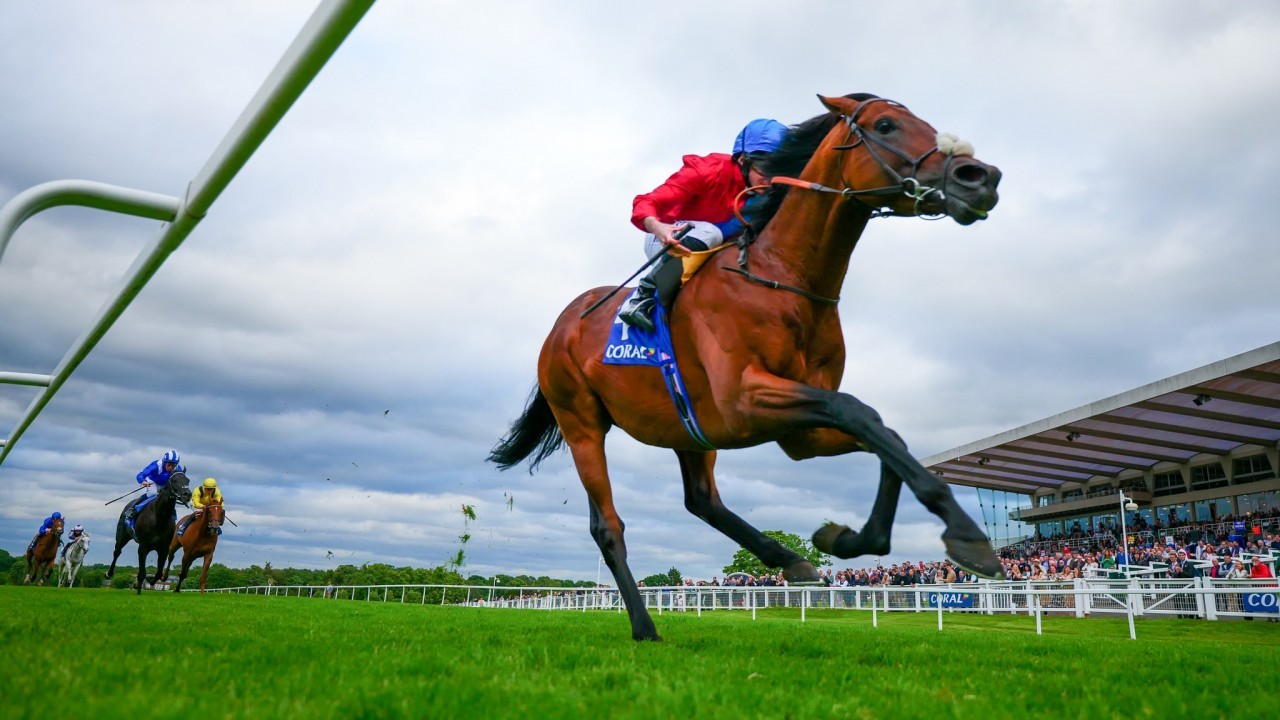 The key family developed by Wigan’s late parents at West Blagdon Stud re-entered the limelight in spectacular fashion at the weekend.

Dawn Wigan acquired Pelting, a 1958-foaled daughter of King’s Stand Stakes winner Vilmorin and Princess Elizabeth Stakes third Firmament, as a yearling from her father’s executors – along with his racing colours of ‘cherry, cornflower blue sash and cap’, which are still carried with such distinction by Bay Bridge.

Pelting took after her sire, being both a grey and a classy sprinter, and she won twice over five furlongs for Arthur Budgett, including in the Stewards’ Handicap at Epsom on Derby Day. She went on to found the most remarkable dynasty at West Blagdon Stud, producing 12 winners from 14 foals headed by the retained fillies Splashing, a 1971-foaled daughter of Petingo who won the Cornwallis Stakes, and Glinting, a 1975-foaled daughter of Crepello who finished third in the Nell Gwyn Stakes.

Fighting, the 1968-foaled daughter of Aggressor and Pelting, was sold as a foal – this family helped West Blagdon to become one of the leading vendors of foals at Tattersalls for many years – but two of her daughters were later acquired by the Wigans.

All of Pelting’s nine daughters left considerable legacies in the stud book, but it was arguably Fighting and Splashing who turned out to be the most effective agents of extending her influence.

Blue Diamond Stud’s homebred Frankel filly is out of Gillies Fillies’ Stakes winner and Prix Jean Romanet runner-up Princess Loulou, a daughter of Pivotal who had been bought from her breeder David Brown’s Furnace Mill Stud as a yearling for 310,000gns.

Princess Loulou was out of Aiming, a daughter of Highest Honor trained by Richard Hannon snr for Dare Wigan – who faithfully gave members of this family names that are present participles of verbs – to finish placed in several low-grade mile contests before being sold to Brown at the end of her racing days for 30,000gns.

The Pelting family is no longer represented in the West Blagdon Stud broodmare band, the few strands that once belonged to James Wigan having fallen away, but suffice to say both parties are doing very well without each other, for the time being, anyway.

Tuesday, June 21: Hollie Doyle reflects on her Classic glory, part two of our Greatest Ever Race series plus your exclusive daily tip and brainteaser. All this and more in today’s newsletter . . . 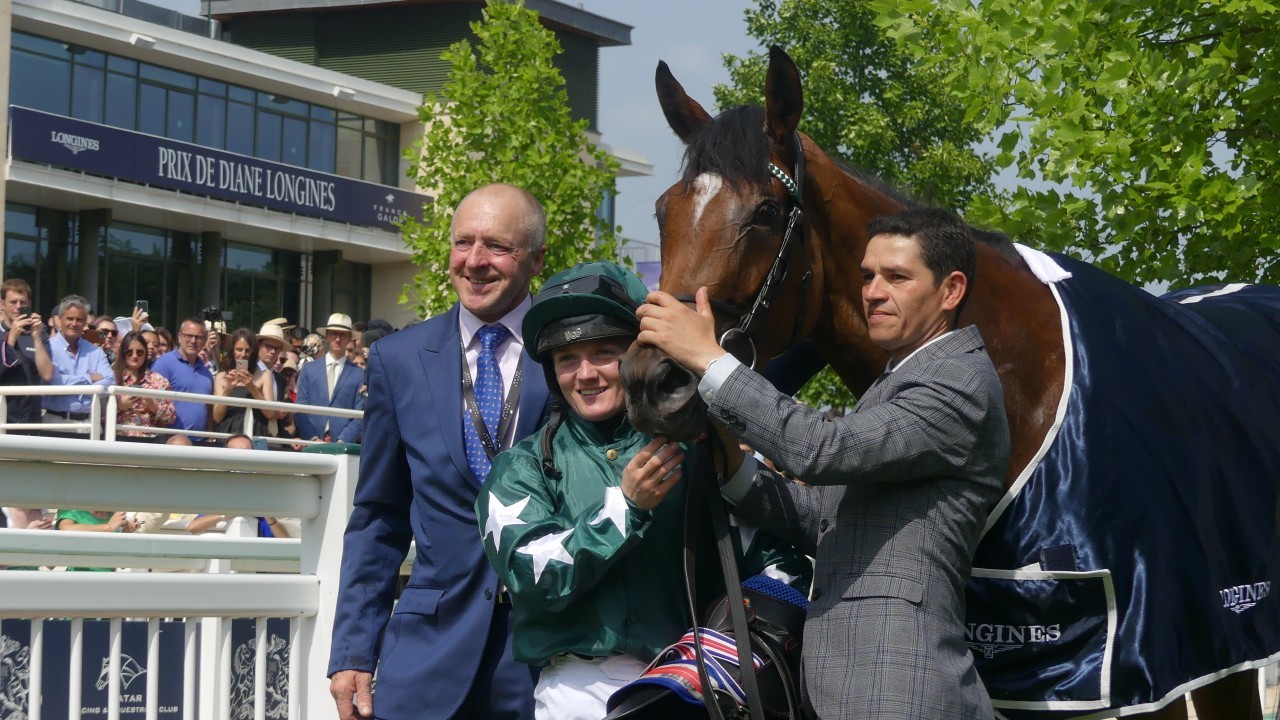 “We started riding at the same time and she’s one of the best around. Horses just run for her.”

Fellow riders Josephine Gordon and Hayley Turner were among those leading the praise for Hollie Doyle on Monday, as she continued to bask in the adulation of the racing world after riding her first Classic winner in the French Oaks at the weekend.

While Joanna Mason thanked Doyle for helping to “break down barriers” for female jockeys, Doyle herself typically deflected most of the praise onto her mount, Nashwa, who she believes could be the best horse she has ridden.

Doyle said: ”Nashwa is an absolute dream. She’s got a great mentality and is everything you want really. She takes everything in her stride and is very relaxed, which is what you need, especially with all the travelling she did to get there yesterday. She’s probably the best I’ve ever sat on

“If you’d have told me two or three years ago I’d have been riding in a Classic for John Gosden, I’d have said you’re mad and it was mad!”

What does the future hold for this dynamic duo?

Build-up to a busy weekend 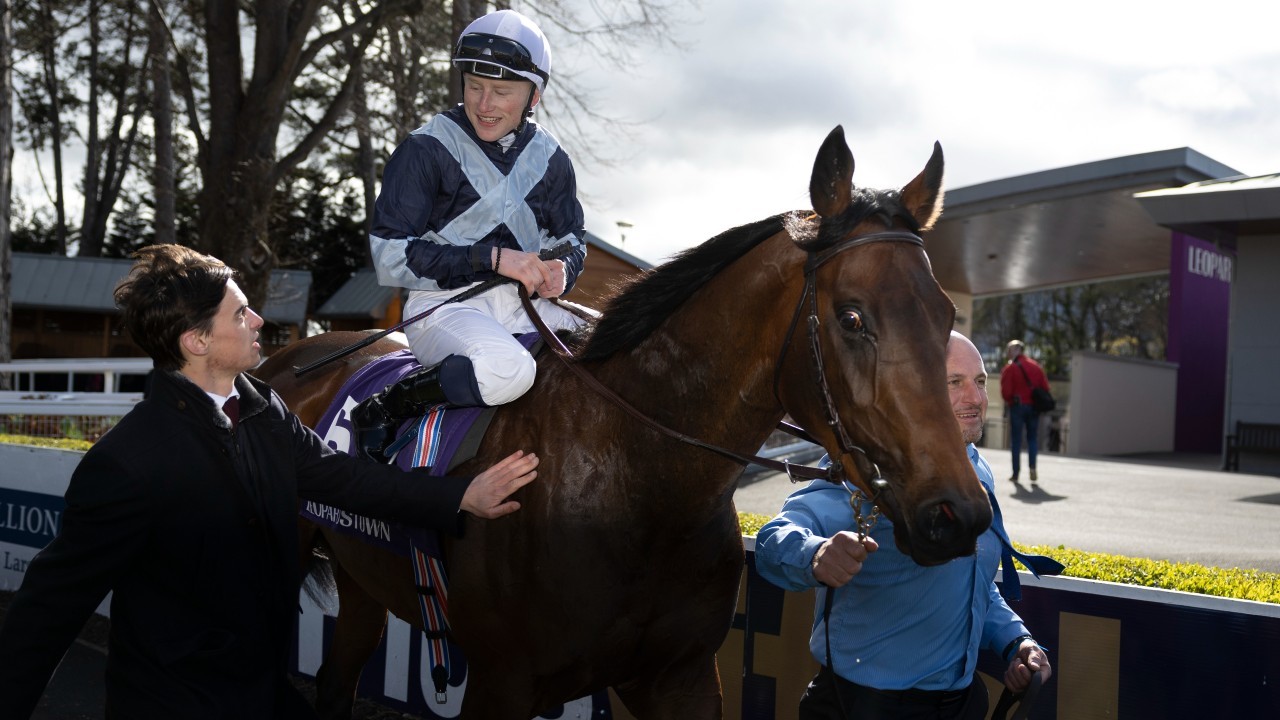 On The Nose hopes everyone is suitably recovered from Royal Ascot and ready to dive into another big week of action.

Newcastle’s Northumberland Plate – potentially featuring star stayer Trueshan – is the highlight in Britain, but the weekend’s main event is another Classic: the Dubai Duty Free Irish Derby from the Curragh.

Juddmonte’s close Cazoo Derby third Westover is a strong favourite, but among his opposition will be the impressive Ballysax winner Piz Badile for trainer Donnacha O’Brien.

‘I think the Curragh will suit him better’

Piz Badile was a well fancied 9-1 shot for the Cazoo Derby at Epsom, but trailed in 12th of the 17 runners, a long way behind Desert Crown.

He is a double-figure price to bounce back at the Curragh, but O’Brien – who watched father Aidan and brother Joseph secure big-race victories at Royal Ascot last week – is confident.

Donnacha O’Brien, trainer of Piz Badile: “He’s come out of Epsom well. He’s in good form and we’re on track for the Curragh. I think the Curragh will suit him better, it’s a bit more of an even track. We didn’t really get a proper feeler for that trip at Epsom because he didn’t seem to run his race, we’ll get more of a guide off the Curragh.”