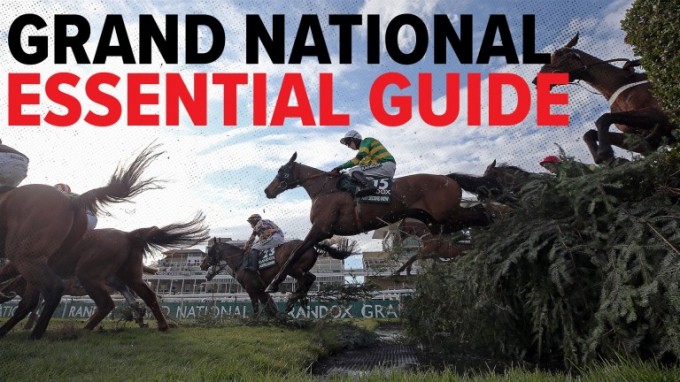 By Charlie Huggins and Liam Headd

The Randox Grand National is the biggest jumps race in the world and on Saturday 40 runners will head to Aintree bidding to join the famous roll of honour.

The Grand National is the highlight of three days of top-class racing on Merseyside, with the meeting running between Thursday, April 7 and Saturday, April 9 in 2022.

Last year Rachael Blackmore, fresh from being crowned top jockey at the Cheltenham Festival, created history by becoming the first female jockey to win the race aboard Minella Times for Henry de Bromhead, who saddled a 1-2 with Balko Des Flos in second. JP McManus’s second winner in the race scored behind closed doors, while the 2020 contest was cancelled entirely due to Covid-19.

This year, crowds will flock to Liverpool for the first time since Tiger Roll made it back-to-back wins in the £1 million race in 2019.

When and where does the Grand National take place?

The Grand National is run at Aintree, situated on the outskirts of Liverpool, on Saturday, April 9. The National is one of seven races on the final day of the meeting and is off at 5.15, having been run at that later start time since 2016 to avoid clashing with the nation’s 3pm football kick-offs.

The Aintree festival begins on Thursday at 1.45, with four Grade 1s on the opening day. There are four more top-level contests on Friday and an additional three on Saturday.

What are the conditions of the race?

The Grand National is famous due to the difference it holds to all other races in the traditional racing calendar. The extreme distance of four miles and two and a half furlongs make it the longest race of the season. The race is also run over the historic Grand National course, which is used for only five races each season, three of which are at this meeting.

Horses will jump 30 fences over two circuits and the obstacles are renowned for being more difficult in comparison to traditional fences, although the test is not as stiff as it once was.

Becher’s Brook is perhaps the most famous of the obstacles, while The Chair, Canal Turn and Foinavon fence are also renowned.

Who are the main Grand National contenders?

Irish trainer Ted Walsh knows what it takes to win a Grand National, having won the race with Papillon in 2000 and he holds a strong chance with last year’s third Any Second Now, who warmed up for the race with a narrow success over Escaria Ten, who reopposes, in the Bobbyjo Chase at Fairyhouse.

Leading owner JP McManus can also rely on last year’s winner Minella Times and Enjoy D’Allen, while Cheltenham Cross Country winner Delta Work, who defeated dual Aintree hero Tiger Roll at the festival last month, Farclas and Run Wild Fred are among a host of chances for Gigginstown, which have taken three of the last five runnings of the race. 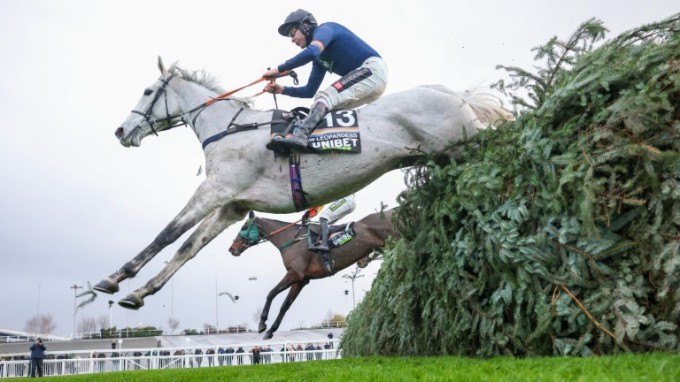 Snow Leopardess: one of Britain’s leading hopes having won over the Grand National fences

The Charlie Longsdon-trained Becher Chase winner Snow Leopardess offers the best hope of the British-trained contingent according to the betting.

2022 Grand National: who heads the betting for Aintree’s famous steeplechase?

Has the 2022 Grand National field been confirmed?

The final field for the Aintree marathon has not yet been confirmed. A total of 76 horses still hold an entry for the race, but this will be reduced at the five-day confirmation stage on Monday. The figure will be whittled down when final declarations are made on Thursday to feature the top 40 horses from the weights list, while there will be four on the reserve list in case of any late withdrawals.

Who are the Aintree contenders facing an anxious wait before the Grand National?

How can I watch the racing and can I buy tickets?

With racegoers eager to return to watch the Grand National in person for the first time since 2019, tickets for next Saturday’s extravaganza have been in high demand with the grandstand areas having long been sold out.

However, some tickets have come back on sale in the ‘Festival Zone’ which are available here on Aintree’s website for £95. A wider variety of ticketing options are still available for Thursday’s opening day and the big day for the women of Liverpool, Ladies Day on Friday.

However, if you are unable to make it to Merseyside, the Grand National will as usual be broadcast to millions around the world with ITV and Racing TV showing the race.

What other big races and horses should I keep an eye on?

The Grand National is the feature race on Saturday, but there is high-quality action across the three-day festival with a total of 11 Grade 1 races taking place.

Clan Des Obeaux is among the star names on the opening day when he bids to defend his title in the Betway Bowl, although Gold Cup third Protektorat could be among the opposition. Champion Hurdle winner Epatante and Buveur D’Air could clash in the Aintree Hurdle, while Pied Piper and Cheltenham Festival winner Brazil are two notable entries for the Juvenile Hurdle.

Seven Cheltenham Festival absentees with a score to settle at Aintree

Jonbon, Bravemansgame, L’Homme Presse and Fakir D’Oudaries are among the top names potentially in action on the second day of the meeting.

The action concludes on Saturday with the Betway Mersey Novices’ Hurdle (2.25), Maghull Novices’ Chase (3.00) and JRL Group Liverpool Hurdle (3.35), before the Grand National at 5.15.

Who should I bet on during the Grand National festival?

Have a look at the cards and check out our free bet offers to start with, then stay up to date with the Racing Post website, mobile app and newspaper for our expert betting advice and all the latest news in the run-up to the big week.