‘That was extraordinary’ – dream Scottish National 1-2 for Christian Williams 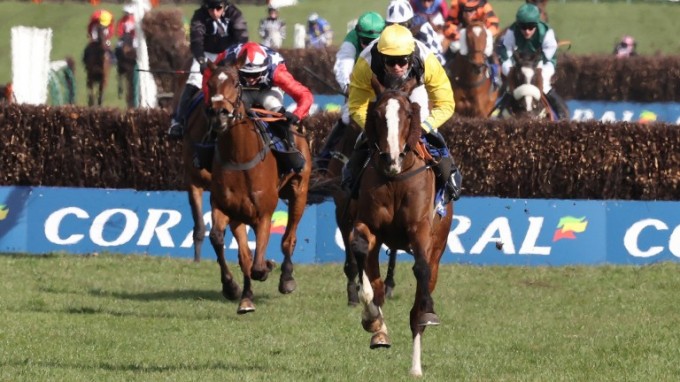 Win My Wings: a dominant winner of the Scottish Grand National – John Grossick (racingpost.com/photos) – By David

He may talk about the way he slows horses down but Christian Williams is a man who has come a long way fast and he had a day of days with a one-two in the Coral Scottish Grand National.

The former top jockey once said he never really saw himself training – “it sort of just happened” – but he has rapidly become the man to beat in top staying chases.

And less than five years after sending out his first winner, Williams had first and second in the biggest jumps race of the year in Scotland – emulating Ferdy Murphy in 2007 – with two horses who could have been bought for a combined total of £15,000, with change to come.

Nor did it even look like hard work. Win My Wings, who had already added the Eider Chase to the burgeoning list of staying chases on the trainer’s CV, simply cruised into the lead at the fourth-last fence.

Williams had booked amateur Rob James in the belief that his 7lb claim would be needed in light of a rise in the handicap yet 7lb overweight would not have stopped a mare who won in a canter by seven lengths from stablemate Kitty’s Light, who stayed on well to pull five lengths clear of the rest in a race in which Jersey Bean was fatally injured in a fall.

“We thought we’d come here with two horses who could win the race,” the trainer said. “We didn’t hide that, all week I was fairly bullish. I couldn’t really split them up too much.

“But that was an extraordinary performance from the mare. I thought she was doing a little bit too much, but she gets into a great rhythm. She obviously suits this track and she looked unstoppable today. These are the races you dream of.” 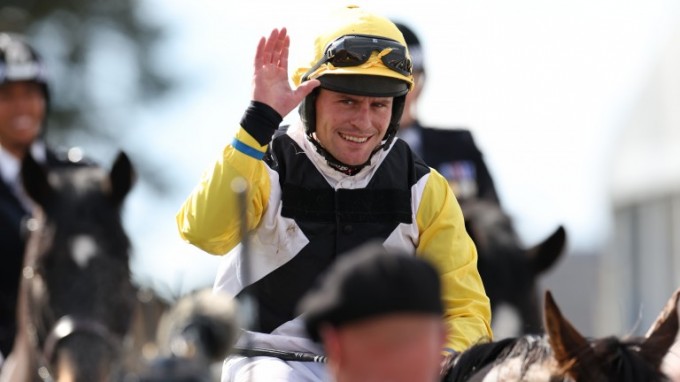 Williams’ seaside yard in South Wales has quickly become a byword for stamina and the trainer stresses that patience, shown in abundance by Sue Howell, who has been an owner for more than 20 years, is the key.

“We train them really slow and if my horse has got ability and is owned by a good owner you’ll be able to fulfil them,” he said.

“We didn’t step that mare into marathon chases until she was nine, the Eider Chase was her first try over the distance. We’d trained her for four years without doing that. She hadn’t been ready but she showed this year she was en route to being able to step her up.”

Sweeping the first two places in a £150,000 race with two cheap buys is a real feat and Williams said: “It’s great for racing.

2022 Scottish Grand National: where your horse finished and who won

James is based in Ireland and was riding just his second winner in Britain, following on from the Kim Muir Chase on Milan Native for Gordon Elliott at Cheltenham in 2020.

That was a hard-fought battle compared with this armchair ride, his first in a race in Scotland.

“I couldn’t believe I was going so well turning into the straight,” he said. “I was afraid to look around in case something was going to pass me.

“She did everything herself and made me look good. I didn’t have to move a muscle on her. She was unreal.”

James was glad to be making the news for happier reasons than when a video of him from 2016 sitting on a dead horse circulated on social media last year.

He was banned for 12 months, eight of them suspended, and reflected: “It’s all over now and we are back going. It was one of those things that is behind me. It’s over now, thank god. It wasn’t much fun, but we’re past that.” 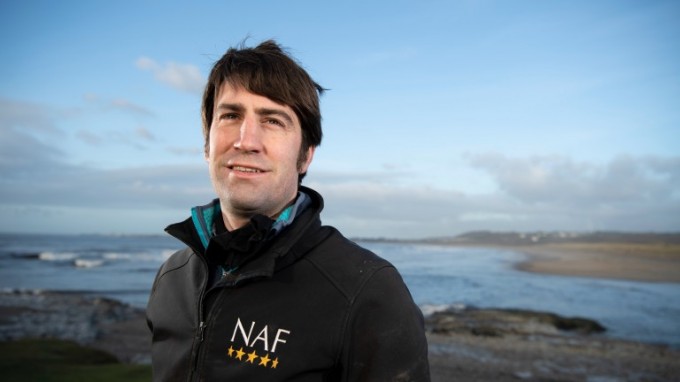 Williams is past Ayr, where he also won a hurdle race with the hugely impressive Stringtoyourbow on Friday, and is already looking ahead to the Grand National meeting, where only a fool would ignore his runners.

“We’ve got two good chances at Aintree and I’m looking forward to that already, Cap Du Nord in a £100,000 race on the Saturday and Five Star Getaway for the Topham,” he said.

“We keep turning up at these meetings with two or three horses and hopefully people will take us seriously.”