It’s a safe bet that the closing session of Book 1 of the Tattersalls October Yearling Sale will begin with an almighty bang today.

That’s because the lots are sold in alphabetical order of their dams’ names, with today’s portion of the catalogue starting on W, and Newsells Park Stud happens to own several similarly named broodmares, wholly or in partnership with Gestüt Ammerland, from the exceptional family of its foundation mare Waldmark.

Most of those mares’ produce were bred in Britain but Newsells Park, founded by the German-born Klaus Jacobs and owned by his family until the operation’s sale to Graham Smith-Bernal this year, and Bavarian-based Gestüt Ammerland have stuck with the German convention of giving foals names with the same initial letter as their dams.

Many of this family have names with the prefix ‘Wald’, which translates from German as ‘Forest’. It’s highly admirable of connections to honour tradition in such a way, and doing so has had a positive consequence, in that ‘Wald’ has quickly become a significant hallmark of quality in a racehorse.

But it must also cause Newsells Park Stud general manager Julian Dollar and his team an inordinate amount of stress when similarly named broodmares’ have yearlings of such high value selling in quick succession, as they do at Park Paddocks today.

Perhaps it’s like ripping a sticking plaster off quickly; better to get it over and done with before you can think about it too much. 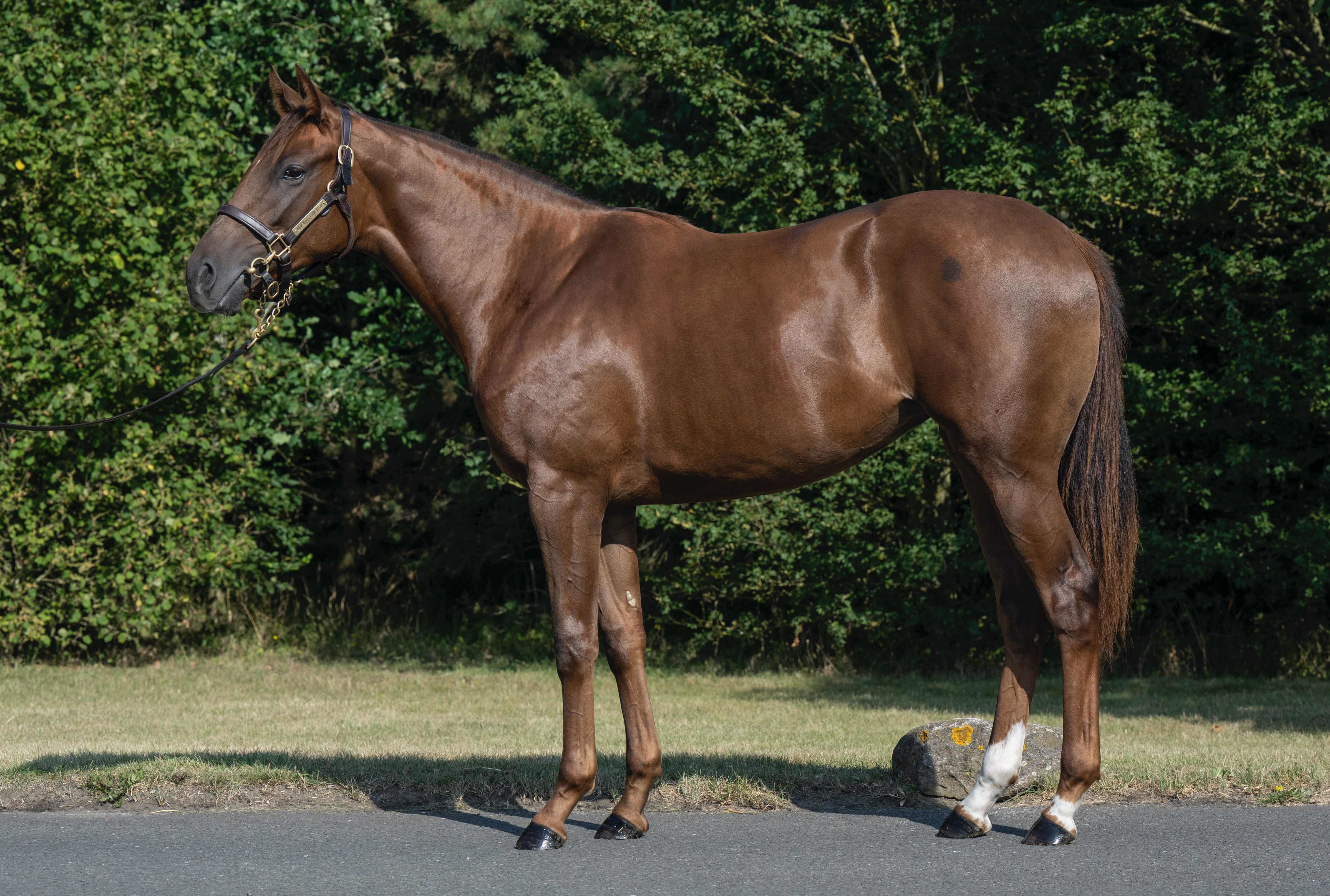 The dam, who is by Monsun out of Falmouth Stakes runner-up Waldmark, and is thus a half-sister to St Leger winner Masked Marvel, has produced five winners from as many runners.

This is one of the best-bred yearling fillies in the world, let alone Book 1, and it should go without saying that she is not just a top-class racing prospect but also a priceless broodmare of the future.

She will be followed through the ring by a Kingman colt who is the first foal out of Waldlied, a daughter of New Approach and thus a three-parts sister to Galileo’s son Waldgeist.

Connections thought Waldlied was a credible Arc contender, but a tendon injury meant she was never able to contest the big race in Paris. Dollar described this foal of hers, selling as Lot 337, as an “absolute cracker” in a Racing Post interview last year.

Hot on his heels into the ring will be a Sea The Stars colt out of Waldnah, a Listed-winning New Approach half-sister to Waldlerche and Masked Marvel.

Lot 338 comes with some important catalogue updates, as his two-year-old half-brother Wanees won two races last month in a manner well worthy of his Vertem Futurity entry, and his three-year-old half-sister Waldlowe scored in a Kempton novice stakes. Both siblings, only the first and second offspring of their dam, are by Le Havre.

The market valuations of Newsells Park’s three ‘Wald’ lots won’t have been done any harm, either, by Torquator Tasso refreshing buyers’ memories about the class and courage contained in German bloodlines with his Arc victory on Sunday.

If you’re at Park Paddocks, it might be worth finding your spot in the ring early to watch the trio go under the hammer. It could end up being standing room only.

For those who can’t make it to Newmarket, get the popcorn ready and tune into the Tattersalls live stream for 11am sharp.

What do you think? Share your thoughts with other Good Morning Bloodstock readers by emailing gmb@racingpost.com

The rags-to-riches son of Requinto and 1,500gns broodmare purchase La Rosiere won the Ascendant Stakes and finished a close fifth in the Verterm Futurity, hot on the heels of Magna Grecia, Phoenix Of Spain and Circus Maximus, at two, and finished placed in the Greenham Stakes and German 2,000 Guineas before landing the Superior Mile at three.

Great Scot was later sold to race in Saudi Arabia, and earlier this year he won the King Faisal Bin Abdulaziz Cup and finished third in the Saudi Cup, behind only Mishriff and Charlatan and, startlingly, one place ahead of the current highest rated horse in the US, Knicks Go.

The Empire State Racing Partnership are now back with Great Scot’s two-year-old half-sister Scotch Mistress. The daughter of Twilight Son is set to make her debut in the 7f fillies’ novice stakes at Chelmsford tonight (6.30), as the only representative of her trainer David O’Meara on the card.

Download the latest issue for all the latest bloodstock news from Australia, New Zealand and beyond, and don’t forget to subscribe to have the newsletter delivered direct to your inbox every day.

Make sure to read this week’s Asia Bloodstock News

Sign up to our weekly Asia Bloodstock News publication to receive news and features from all things racing and bloodstock across Mainland China, Japan, Hong Kong, Singapore and beyond.

In this week’s edition, we look at the growing strength of the Hong Kong sprinting division, which could be challenged by Japanese Grade 1 winner Pixie Knight.