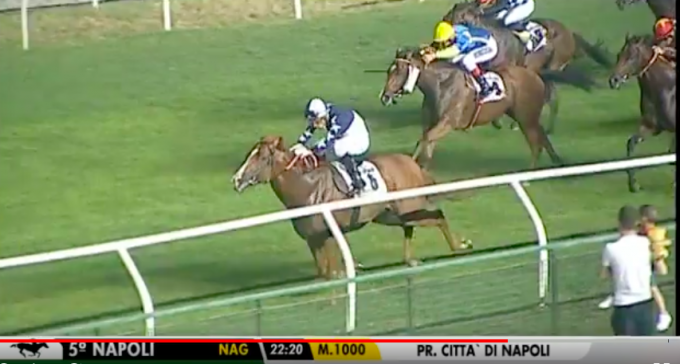 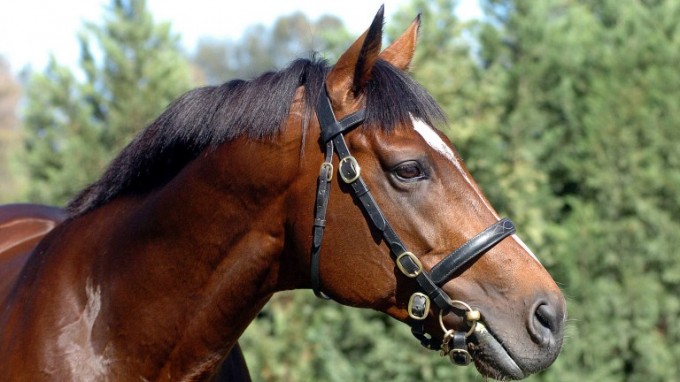 Galileo: passed away on Saturday – Coolmore – By David Jennings

Galileo, the sire of sires who won the 2001 Derby during a glorious Classic campaign and hailed by Aidan O’Brien as a “thoroughbred we will never see the like of again”, has died at the age of 23.

Among the 12-time champion sire’s offspring, who have produced 92 Group/Grade 1 wins between them, is the mighty Frankel and John Magnier said Galileo leaves behind him a legacy of unprecedented success.

The decision was taken to euthanise Galileo on humane grounds due to a “chronic, non-responsive, debilitating injury to the near-fore foot”.

Magnier, owner of Coolmore Stud and many of Galileo’s finest sons and daughters, said: “It is a very sad day, but we all feel incredibly fortunate to have had Galileo here at Coolmore. I would like to thank the dedicated people who looked after him so well all along the way. 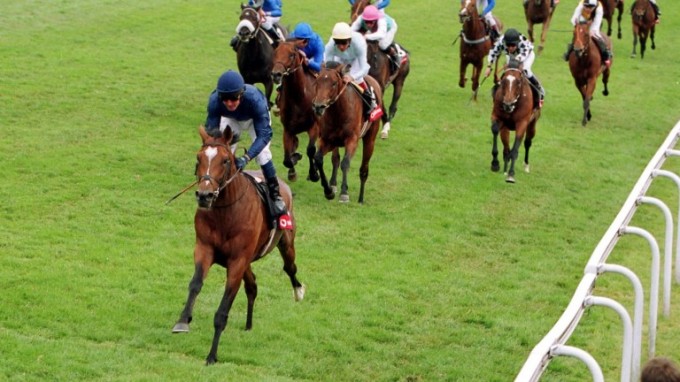 “He was always a very special horse to us and was the first Derby winner we had at Ballydoyle in the post-Vincent O’Brien era. I would also like to thank Aidan [O'Brien] and his team for the brilliant job they did with him.

“The effect he is having on the breed through his sons and daughters will be a lasting legacy, and his phenomenal success really is unprecedented.”

A son of the multiple champion sire Sadler’s Wells out of the 1993 Arc winner Urban Sea, Galileo was a racehorse of the highest calibre with wins in the Derby, Irish Derby and King George in 2001, before finishing second to Fantastic Light in one of the most memorable runnings of the Irish Champion Stakes.

However, his achievements on the track have gone on to be outshone by his career as a stallion, with an endless list of superstars led by the unbeaten Frankel, who is establishing himself as a sire of repute. 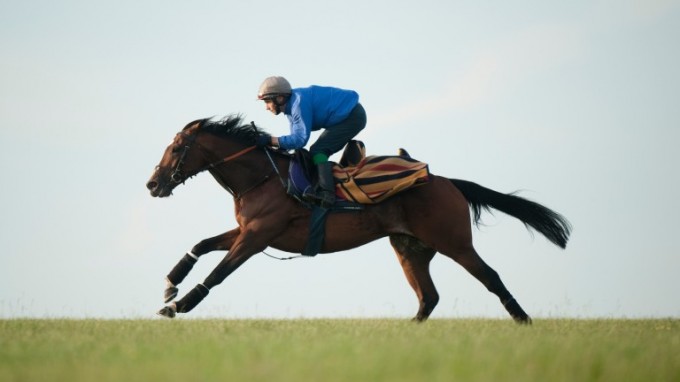 Galileo will be inextricably linked with O’Brien, who trained the vast majority of the stallion’s runners at Ballydoyle and praised them for their “genuineness” which was “something else”.

“He was unique and we will never see the like of him again,” O’Brien said. “The determination he put into his stock was something else – that’s what made him different.

“You would train a lot of horses, different types of horses who all have different traits, but very few of them, in fact none of them, put that mental trait into their horses the way Galileo did. What he put into their minds, that genuineness, was out of this world.”

Mick Kinane, who was in the saddle for five of Galileo’s six career wins, said he was up there with the best horses he has ever ridden and couldn’t believe how smooth the 2001 Derby win was.

Kinane told the Racing Post: “It’s the passing of a great, even my daughter got emotional when she heard he was dead. That shows how much he meant to her. He was a big part of my life in every way and it’s sad he didn’t get to live it out a bit longer.

“The Derby was very smooth – there was never a moment’s bother from the minute we left the gates. We were always in control of what we were doing. It’s testament to the horse that it went like that as it’s very seldom it happens like that in those big races when you’re on one everyone expects to win.”

Kinane added: “He was an easy horse to ride. He could take a hold in the early days, and it took him a while to settle him initially as he was very enthusiastic horse. He was always eager to please and was a beautifully balanced horse and very easy to be a part of.

“When a horse can win two Derbies and a King George – very few three-year-olds can do that. He has be one of the best I’ve ever ridden for sure.”

‘This horse has left some legacy’

Frankie Dettori was the first jockey to inflict a defeat on Galileo, ending his unbeaten record when partnering Fantastic Light to victory in the aforementioned Irish Champion Stakes at Leopardstown, and he paid his own special tribute to him at Newmarket.

Dettori said: “First of all he was an amazing racehorse and he became a revelation as a stallion, he’s the sire of sires. We thought Sadler’s Wells was great but this horse has left some legacy, I’m telling you. I’m very sad for the Coolmore team, but he’s done so much for racing in the last 20 years and we must celebrate him now.”

With 92 and counting, the latest coming just hours after his death when Bolshoi Ballet won the Belmont Derby, Galileo has proved to be the most prolific source of Group 1 winners in history since retiring at the end of the 2001 season. His covering fee has been listed as ‘private’ since 2008, but was believed to be in excess of €500,000.

Among his Group 1 winners are five winners of the Derby, a record in itself, with New Approach, Australia, Ruler Of The World, Anthony Van Dyck and Serpentine emulating their sire. 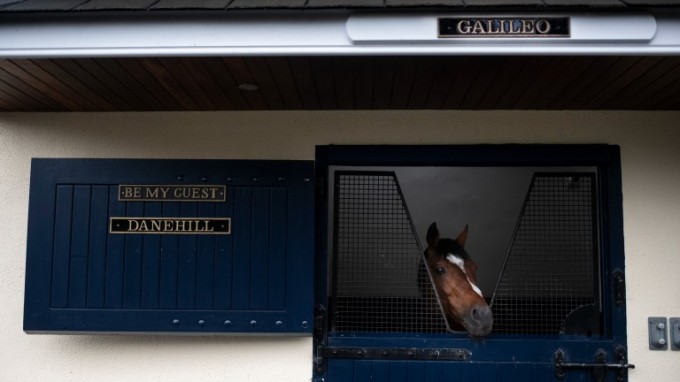 Galileo’s influence stretched into the auction ring too, with yearlings routinely fetching seven figures when offered for sale. 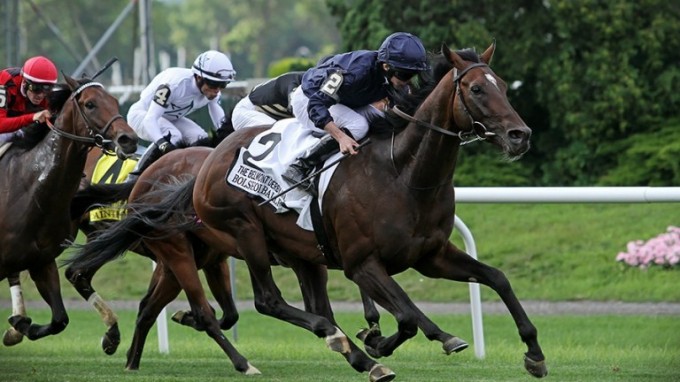 Bolshoi Ballet paid a timely tribute to his late sire Galileo by winning the Belmont Derby to complete a big-race Saturday double for Aidan O’Brien and Ryan Moore following Santa Barbara’s success in the Belmont Oaks.

On the day the world’s greatest sire died at the age of 23, Bolshoi Ballet became Galileo’s 92nd top-flight winner with a hard-fought victory in the $1 million contest.

Reported to have suffered a cut to his right-hind leg when disappointing as Derby favourite at Epsom, the Ballysax and Derrinstown winner got back on track with a length and a quarter success over Derby Italiano scorer Tokyo Gold.

It was far from straightforward for Moore, however. The jockey began to get animated just past the half-way point and was hard at work turning for home in sixth.

Bolshoi Ballet, showing a determination instilled in so many of Galileo’s offspring, kept on responding and ultimately outstayed his rivals in the closing stages.

“He won comfortably without being able to show how good he is,” said Moore. “He’s the most beautiful horse you’ll see. He’s a real athlete, a class horse.

“With a furlong to run, you could see he was just waiting, having a look and his ears were going. He’s still getting used to knowing what he has to do. We think there’s more to come. Potentially, I suppose he could be a Breeders’ Cup Turf horse.”

A memorable meeting for Moore, who became the first jockey since Jerry Bailey in 2000 to do the Belmont Derby and Oaks double, and O’Brien started with Santa Barbara.

Like Bolshoi Ballet, she also ran below expectation when sent off favourite for her Classic assignment at Epsom, but she showed a potent turn of foot to surge past Con Lima near the line.

Locked up with nowhere to go on the inner, Moore switched the filly out approaching the final furlong and she took off impressively to score by half a length.

“I just had to sit on her and find a little bit of room at some stage,” said Moore.

“We went quite steady and there were a few in front of me. I didn’t want to be exposed on the turn and I was hoping a couple would drop away early. But we had to switch around. She’s got plenty of class and she quickened. She won very comfortably.” (fonte : RacingPost)