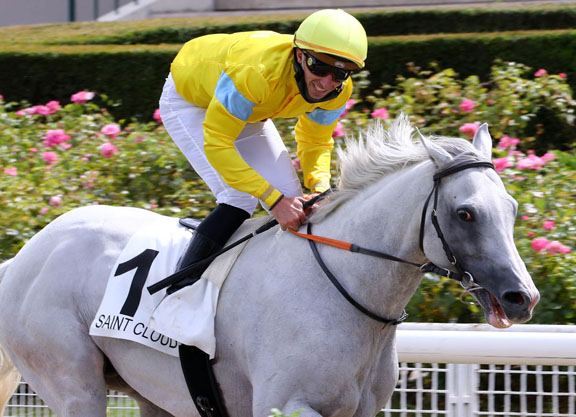 In a normal year Irish stallion farms would be opening their doors this week to thousands of people traversing the Irish countryside enjoying the ITM Irish Stallion Trail. Of course present circumstances have put a stop to that happening this year but like so many other events that have been adversely affected by Covid-19 the action has moved online. It may not be quite the same as the real thing but at least the efforts of the ITM team in capturing some excellent footage of new and established stallions and the farms where they reside goes some way towards reminding us what we are missing and that we can look forward hopefully to resuming normal practice in 12 months’ time. The newly branded ITM Irish Stallion Showcase has been over two months in the planning and ITM’s Alex Cairns is excited to be able to open a window into the Irish stallion scene, even if it is a virtual window.

“We have video footage from over 20 studs so we’ve had no shortage of content to play out on our YouTube and social media channels throughout the week,” Cairns said. “We started filming on November 1. Rathasker Stud was the first one we did and we’ve covered farms all over the country from the largest operations like Coolmore and Darley down to smaller studs like Kedrah House, Knockhouse Stud and Whytemount Stud. The studs were very accommodating and they all had their stallions looking fantastic so it made the job a bit easier. Obviously we’d love people to be able to experience the trail in person but obviously that isn’t a possibility so hopefully this way will have facilitated Irish stud farms to spread the message about their stallions both new and established.”

Of course the business of racing and bloodstock, like so many other industries, has had to adapt to survive. If people can glean enough information from a horse’s photos and walking videos to make a purchasing decision, as has been the case with online auctions recently, then surely the size, action and conformation of a stallion can be accurately reflected virtually in a similar fashion to aid breeders with their mating decisions in these restrictive times. An advantage of the trail going virtual is the wider reach to which the information can be disseminated and, given how global the bloodstock industry has become, that surely is no bad thing.

“This footage of Irish stallions has the potential to go around the world in a matter of minutes. A lot of these stallions have had international racing campaigns and are known the world over and this gives overseas fans and breeders the next best thing to actually seeing them in the flesh. The videos we have put up so far have had views in the tens of thousands which we are delighted with obviously so hopefully we are doing our bit to help Irish stallion masters promote their product. Another great thing about video content is its lifespan. You could run a video of a young stallion in his first season and in ten years’ time that video could still have a lot of relevance if the stallion has had a successful career. At the moment it’s all about adapting and making the best of the current situation, but hopefully in a post-Covid era we can welcome our international friends back to Ireland to experience our great racing, sales and stallions. In the meantime people can view the videos this week on the ITM website and follow the journey on our social media channels,” Cairns said.

Rathasker Stud was the first to show their wares to the ITM cameras and the stud’s Madeline Burns was delighted to embrace the initiative. “The power of the video has become really apparent this year. Beginning with the sales and following the whole way through to the online ITM Stallion Showcase it has been a great way to market our product not only to the existing audience but to also reach beyond that. The videos have been very beneficial to show what we offer here at Rathasker: four proven stallions that are prolific producers of stakes horses at a very competitive price. We have also been able to incorporate the video advertising into all our stallion promotion. It is available on our social media channels, on our website and on our advertisements as a ‘click to view’ option.”

Given its roster of commercial stallions and its location in the heart of the Thoroughbred County Rathasker Stud always welcomed a steady stream of visitors on previous trails and Burns recognised the value of opening the stud’s doors to both established and also potential ‘would-be’ breeders.

“The stallion trail has always generated a level of interest from breeders but perhaps the most important part of the trail is that it appeals to people that are interested in the concept of breeding and that are considering investment. Anything that brings new people into the industry is a big positive,” she said.

Burns has no shortage of material to use in her 2021 stallion promotion given the exploits of the farm’s stallions last year which are headed by Bungle Inthejungle (GB) who will stand this year at €8,000.

She added, “Our stallions had a banner year in 2020 and we are very proud of their achievements. Bungle Inthejungle produces speed, power and precocity in his stock. He has more than proven himself with high-profile stakes horses and with his biggest and best-bred crops to come from this year on he really is what many have described as ‘a sleeping giant’.”

One farm that has been severely affected by the recent Covid-19 travel restrictions is Coolagown Stud who recently took delivery of a new stallion Way To Paris (GB), a Group 1-winning son of Champs Elysees (GB). The horse only arrived at Coolagown the week before Christmas having run in Hong Kong at the end of November, and no sooner had he landed in Coolagown than the Irish Government began advising people not to make any non-essential journeys.

Coolagown owner David Stack said, “Unfortunately for me, going to see a new stallion is not classed as an essential journey so we have had to rely completely on digital promotion. Due to the restrictions, ITM couldn’t do a video of the horse so we put together one of our own and like every stud at the moment we’ve been limited to showing him off to a few local breeders. However, we have quite a few French- and Italian-owned mares booked into him as breeders from that part of the world would be familiar with him from his racing days, so that is a big help.”

As if dealing with the effects of a pandemic isn’t difficult enough, the issue of travelling mares from overseas to Ireland presents a new set of headaches for Irish stallion farms.

Stack added, “We still don’t know how Brexit is going to impact us. I had three different clients on this morning from the UK. Each one is using a different transporter and each transporter has a different idea about what is required for the journey. It’s still all so vague and it’s the last thing we need right now.”

Even by racing’s standards, Stack is an optimist and despite plenty of obstacles he sees no reduction in the enthusiasm from breeders in his Cork hinterland for the season ahead.

“Certainly around here people are going to plough on regardless, that’s the great thing about this industry, the people involved are made of stern stuff,” he said.

Another farm launching a new stallion this year is Yeomanstown Stud, but unlike Coolagown, the O’Callaghan family was able to avail of a window of opportunity during the rescheduled November Sale at Goffs just before Christmas to allow breeders to take a look at their new offering, Shaman (Ire) (Shamardal).

“We were very lucky to get that few days during Goffs and we had plenty of people calling around to see Shaman,” said Gay O’Callaghan. “Everyone wants to see a new horse in the flesh and thankfully he went down very well with anyone that did get to see him. Things are at a bit of a standstill obviously at the moment, as you’d expect, but  bookings in general are about on par for the year that’s in it so that is encouraging. We have seen in the past that when you have a new horse it generally leads to a good bit more business for the other stallions you have but because of the lack of footfall at the moment that’s the kind of traction that is missing. But there is no point getting too depressed about it as it’s out of our control and we will just have to do the best we can given the circumstances.”

Hopefully by this time next year the memories of Covid-19 will be wearing thin and we will all be free to come and go as we choose, but in the meantime virtual tours are the only game in town, so sit back and enjoy the rest of the action this week. (fonte : TDN)