Ebullient Eminent has playful Meade shooting for the moon 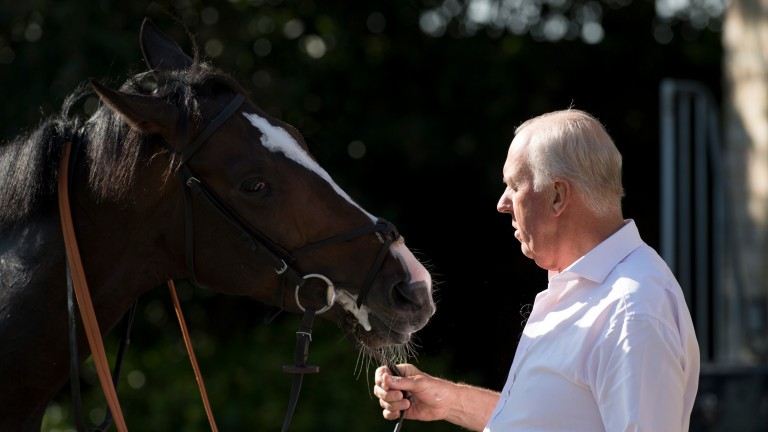 “What do you want to talk about then, how far he’s going to win by?” That’s what Martyn Meade asked reporters who came to his yard on Wednesday morning to see Eminent prior to his Coral-Eclipse bid.

He was joking, of course, but with a glint in his eye that suggested it was more half-joke than full.

It would be hard not to be in a good mood on such a beautiful Newmarket morning but, even so, Meade has a real spring in his step, reflecting his confidence and excitement about Saturday’s Sandown Group 1.

The trainer was full of optimism and faith in the son of Frankel back in the spring and his enthusiasm for all things Eminent has not diminished following the Frankel colt’s sixth in the 2,000 Guineas and fourth in the Derby.

“We need to actually get this horse out and use his stride this time,” he said.

“He’s struggled in the last couple of races being held up a bit so this should be much better for him. We want to try to get to that two pole handy and I think we’re going to stay on better than anyone else and prove that he’s the best horse in the race.” 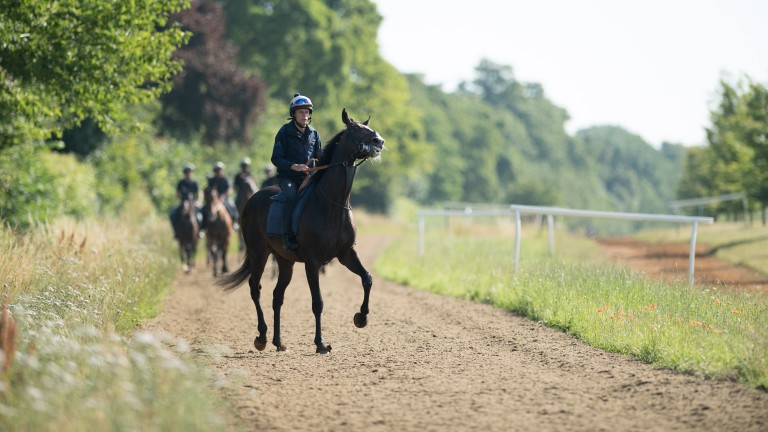 Eminent in a playful mood in Newmarket
Edward Whitaker

Meade’s ebullient mood is matched by Eminent himself, who is increasingly gaining the swagger good horses inherit when they know they are the most talented beast in their yard, and he leads the morning’s first lot for a canter on the Long Hill gallop.

Eminent’s homework has been much discussed in recent days, with an impressive gallop that witnessed him exceed 40mph followed by an unfortunate incident, in which work-rider Glen Osborne was unseated and left in need of hip replacement surgery.

Injuring his staff aside, the colt is thrilling Meade, who said: ”He’s a great horse to have around. He has so much presence and is the main theme of the yard. He looks like it, and he behaves like it too.

“He’s a happy horse and he’s straight into his food every day. He’s thrived on his races, which is why I’m so enthusiastic and happy with him.

“I think he’ll make a fantastic four-year-old. If we don’t win the Eclipse this time, we’ve got another stab at it! I think he’ll be better and better as time goes on, but if we can get him his Group 1 this year, that’s what we really want to do.” 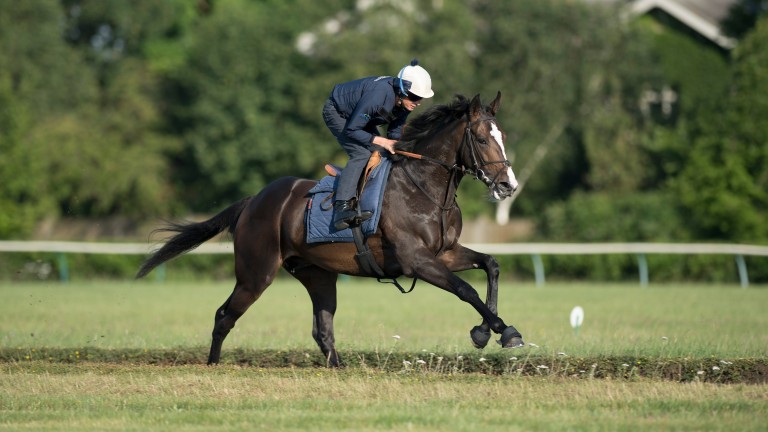 The significance of that top-level success is not lost on Meade, who is well aware of the potential stallion career that awaits Eminent, and, while he is enjoying a campaign in which the horse is taking him to all the big dances, the desire to finally win one burns bright.

“To be able to take him to all these races is a fabulous dream but we do need to actually nail one, it’s no good being the bridesmaid all the time,” he said.

“This has to be the time and race for him. He’s got the experience, he’s come out of Epsom well and we’ve got a really good galloping track over a stiff ten furlongs. If it all goes according to plan I think he should sparkle.”

It is not long, however, until Meade, typically, brings a touch of levity to the situation as he discusses Eminent’s chances of reversing form with Eclipse favourite Cliffs Of Moher, the runner-up in the Derby.

He said: “How far where we off him at Epsom? On the basis we were squeezed out by him and were beaten a length, yeah, I think we can change that.”

If confidence counts for anything, that crucial first Group 1 could be only days away. 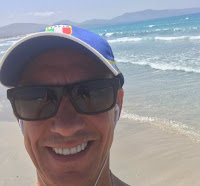 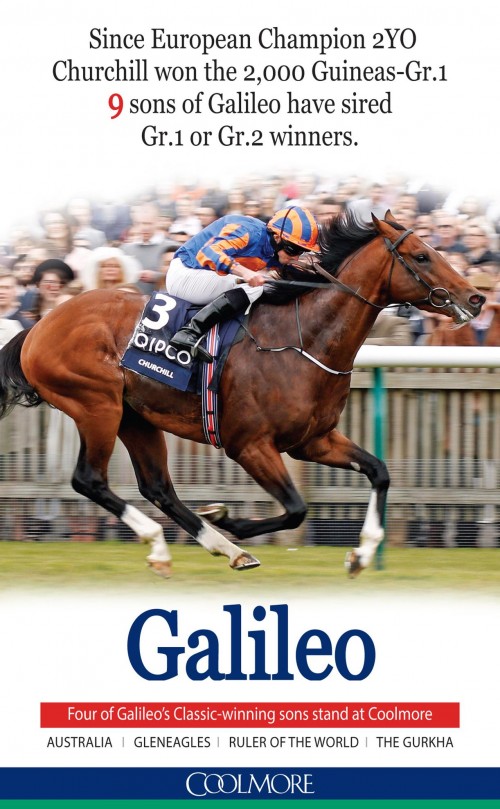