Exceed and Excel Filly Soars In the Lansdown Based on her initial showing on a racecourse when the seven-length winner of a Haydock maiden in September 2015, the 3-year-old campaign of Priceless at first proved a touch disappointing until she hit her stride from midsummer onwards. Rounding off with a first black-type success in the Listed Scarbrough S. over this trip at Doncaster in September, the bay returned with a resounding follow-up on the kind of rattling fast ground that Bath can supply without any watering facility. Breaking fast from her wide draw, she was allowed to coast to the lead after the first furlong and after kicking on the home turn sealed the result there and then.

It was in this race in the millennium year that Cassandra Go (Ire) (Indian Ridge {Ire}) won at the beginning of her 4-year-old campaign and Priceless was in a class of her own here to suggest she can take high rank among the sprinters of either sex this term. Her dam’s first foal was Bright Moll (GB) (Mind Games {GB}), who later produced the G3 Chipchase S. winner Aeolus (GB) (Araafa {Ire}) and listed-placed Hezmah (GB) (Oasis Dream {GB}), while two years later she threw Doctor Brown who was second in the G2 Mill Reef S. as a British-trained juvenile before his reinvention in Hong Kong as Helene Brilliant where he was placed in stakes company. Also from the family of the G1 Tattersalls Gold Cup heroine Rebelline (Ire) (Robellino), she still has a 2-year-old colt by Lethal Force (Ire) named Hard Graft (GB) to come. 8th-NBY, £7,500, Mdn, 4-21, 3yo, f, 7fT, 1:25.44, g/f.
+PRINCESS DE LUNE (IRE) (f, 3, Shamardal–Princess Serena, by Unbridled’s Song) was unruly and green in the preliminaries, but was professional throughout the early stages of the race and was always in touch with the leaders racing towards the stand’s side. Travelling strongly to the front with minimum prompting approaching the furlong pole, the 7-2 shot veered left and flashed her tail when the whip was applied but was nonetheless clear best and hit the line with four lengths to spare over Alnaas (GB) (Dansili {GB}).

“We nearly ran her as a two-year-old, but she is very tall and big,” trainer Roger Charlton explained. “We will just take our time with her.” Tirania (GB) (Pivotal {GB}), the €370,000 GOFORB sister to the G1 Irish 1000 Guineas runner-up Penkenna Princess (Ire), made encouraging progress late on to be 2 1/2 lengths further behind in third. The winner is a full-sister to the G2 P B Lawrence S. and G2 Blamey S. winner and G1 Turnbull S. and G1 Makybe Diva S. runner-up Puissance de Lune (Ire), MGSW & MG1SP-Aus, $877,536, and to Majesty (Ire), MSP-Aus, $205,736. Princess Serena, who has a yearling filly also by Shamardal, is also the second dam of Rizeena (Ire) (Iffraaj {GB}), heroine of the G1 Coronation S. and G2 Queen Mary S. and an Irish highweight by virtue of her success in the G1 Moyglare Stud S. Shutter Speed, a debut winner going one mile at Yarmouth last time Oct. 18, was restrained in fourth after breaking alertly in a test annexed by subsequent G1 Epsom Oaks heroine Light Shift (Kingmambo) and G1 Prix de Diane victress Star of Seville (GB) (Duke of Marmalade {Ire}) in recent years. Inching ever closer in the straight, the 5-4 favourite was shaken up to lead just inside the two pole and pushed out in the closing stages to best G1 Racing Post Trophy fourth Raheen House (Ire) (Sea the Stars {Ire}) by an impressive 2 1/2 lengths. “The ground was very soft when Shutter Speed ran at Yarmouth and she definitely loved the better ground today,” said trainer John Gosden. “The idea of running here [against colts] was to get another race into her in the hope she might be good enough to run in an Oaks trial. We’ll have to decide where she goes and there are all the obvious races like York [for the May 17 G3 Musidora S.].” Half to a 2-year-old filly by Champs Elysees (GB), the Juddmonte homebred is out of a winning daughter of G1 Cheveley Park S. heroine Prophecy (Ire) (Warning {GB}), who also produced MG1SW Foreteller (GB) (Dansili {GB}), G2 Prix de Sandringham and G3 Prix Miesque victress Modern Look (GB) (Zamindar), and the stakes-winning Arabesque (GB) (Zafonic), who in turn produced four black-type performers headed by sires Camacho (GB) (Danehill) and Showcasing (GB) (Oasis Dream {GB}). Group 1 winner and Classic sire Cape Cross (Ire) (Green Desert–Park Appeal {GB}, by Ahonoora {GB}) has been euthanized at Darley’s Kildangan Stud at age 23 due to complications from old age. He was pensioned from stud duties last year.

Bred by Sheikh Mohammed, Cape Cross is out of the champion 2-year-old filly and dual Group 1 winner Park Appeal, who proved a prolific producer with her descendants also including sires Diktat (GB) (Warning {GB}) and Iffraaj (GB) (Zafonic). Trained initially by John Gosden, Cape Cross moved to the yard of Saeed bin Suroor at four, for whom he won the G1 Lockinge S. at first asking. The dark bay added wins in the following season’s G2 Queen Anne S. at Royal Ascot and the G2 Celebration Mile before retiring to stud.

Cape Cross made an immediate impact in his second career, being crowned champion first-season sire. That crop contained one of his true stars in the form of Ouija Board (GB), the winner of seven Group 1s including the Epsom and Irish Oaks, two renewals of the Breeders’ Cup Filly & Mare Turf and the Prince of Wales’s S. Ouija Board would go on to produce the dual Derby winner Australia (GB) (Galileo {Ire}).

A handful of Group 1 winners followed in his ensuing crops, but it was five years later that Cape Cross’s next superstar came along: the Horse of the Year and six-time Group 1 winner Sea The Stars (Ire), widely considered one of racing’s greatest ever. Sea The Stars’s top-level wins included the Derby and the Prix de l’Arc de Triomphe, and has since sired a Derby winner himself in Harzand (Ire). Six years later, Cape Cross’s Golden Horn emulated some of the feats of Sea The Stars when he recorded the Derby/Arc double and was named Horse of the Year.

Harzand wasn’t the only European Classic winner last year to boast Cape Cross in his pedigree, with Cape Cross’s son Awtaad (Ire) taking out the Irish 2000 Guineas for Sheikh Hamdan.

“He has been an integral part of the Godolphin and Darley stories, and an integral part of Kildangan,” said Joe Osborne, managing director of Godolphin Ireland. “He was our first major success as a stallion. He was champion first-season sire, making an immediate impact, and went on to sire a collection of outstanding racehorses, who left their mark in some of the world’s great races. As an individual, he was the boss. You did it his way. He very much ruled the roost.” 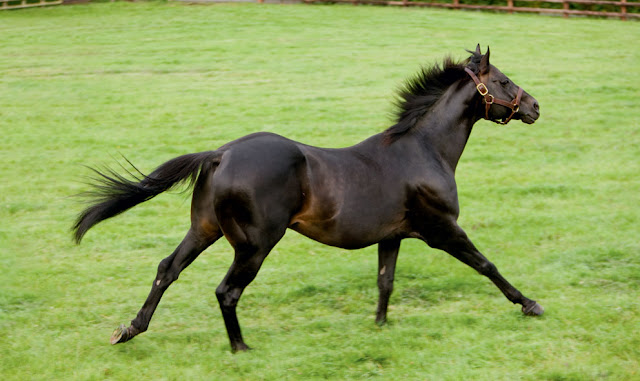