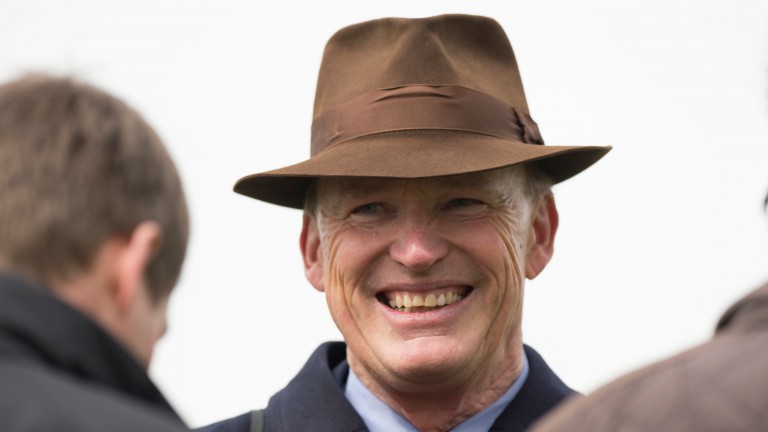 The hunt for Classic pointers has been a theme running through much of this week and Newbury takes over from Newmarket in staging a race packed with horses holding fancy entries.

John Gosden continued his fine form on the Rowley Mile during the Craven meeting and, having unearthed a potential Qipco 1,000 Guineas filly in Nell Gwyn Stakes winner Daban, he is doubly represented with possible Investec Oaks contenders.

Shutter Speed, who is also entered in the 1,000 Guineas, and Enable won their sole outings at two late last year and Teddy Grimthorpe, racing manager to owner Khalid Abdullah, admitted he would rather the pair were not locking horns so early in the campaign.

Grimpthorpe said: “Normally we wouldn’t want to be running these two fillies in the same race but at this time of year there is very little opportunity for horses of this type and we really want to be in a position to know the way we’re heading with them.”

Yarmouth scorer Shutter Speed is the choice of jockey Frankie Dettori and will carry Abdullah’s first colours, while William Buick will be doing the honours aboard Enable, who got off the mark at Newcastle in November.

“They both have fairly similar profiles, having both won their maidens quite nicely and they’ve both progressed well over the winter,” said Grimthorpe.

“Shutter Speed will have the pink cap and Frankie, so she would be our main hope on what she’s been showing at home, but I wouldn’t discount the other horse.”

Gosden won this race two years ago with subsequent Prix de Diane heroine Star Of Seville, and 12 months before that with the admirable Western Hymn.

“There’s nowhere to run fillies of this nature without taking on the colts over a mile or mile and a quarter,” said Gosden. ”They’re both entitled to come on for the experience.”

The duo receive 5lb from their rivals in a six-strong field that also features the Roger Charlton-trained Maths Prize. He was beaten a length and a half by Khalidi, who landed the Feilden Stakes at Newmarket earlier this week.

Roger Varian is represented by Dubawi Prince, who opened his account with a win at Doncaster on April 1, while Newbury conditions stakes winner Temple Church is the mount of Silvestre de Sousa for trainer Hughie Morrison.

Raheen House, who chased home Temple Church in that race before finishing fourth behind Rivet in the Racing Post Trophy, completes the field and trainer Brian Meehan said: “He has done exceptionally well over the winter, his work throughout the spring has been very strong and I’m confident of a big run.”