30/06/2015. The term “Legend” is used too many times but there will never be another Kauto // ‘The incomparable Kauto Star is dead – gone is the paragon’ Edward Whitaker // Star chaser Kauto’s ashes will rest at Kempton 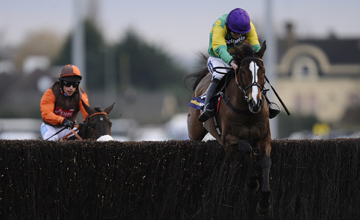 KAUTO STAR’S ashes will rest underneath his statute in the parade ring at Kempton, one of two bronze likenesses commissioned by owner Clive Smith to commemorate the deeds of his great chaser.

Smith confirmed on Tuesday the five-time King George winner had been cremated in Cheltenham on Monday, a week after he lost his battle with injuries sustained at the eventing yard of Laura Collett, where he had spent his days since being retired in October 2012.

“Kauto Star was cremated yesterday and I’ve already arranged with Kempton that half of his ashes will be placed under the statue I presented to them on Boxing Day,” said Smith. “I don’t know yet when we’re going to do it, it may even be on Boxing Day, although I’m not sure that would be the right time.”

Kauto Star was days short of turning 12 when recording the last of his five King George victories in December 2011, and was subsequently pulled up in what turned out to be his final race when attempting to win the Cheltenham Gold Cup for a third time the following March.

Smith charged sculptor Charlie Langton with the creation of two over-life-sized statues of Kauto Star, one for Kempton and one to act as a permanent memorial at Smith’s home.

“There are two boxes of ashes and I have the same statue here in the garden as at Kempton and I may put some ashes here as well,” said Smith.

After leaving Paul Nicholls’ yard, Kauto Star lived out his remaining days with Collett, who retrained him to a competent standard in dressage as part of a comprehensive package of retirement activities for a horse widely regarded as the best chaser since Arkle.

Smith has been at great pains to provide a timeline of events between the accident at Collett’s yard and the decision that led to Kauto Star being put down last Monday afternoon, with details of all the veterinary care provided, both by Collett’s vet Tom Campbell and latterly at the Valley Equine Hospital in Lambourn.

But Collett said she feels “bullied” by rumours surrounding the circumstances of Kauto Star’s accident.

One of the most persistent lines of attack on social media has been the accusation he got loose while being ridden out and then injured himself colliding with a wall.

Collett told the BBC: “I can say hand on heart no-one else ever hacked him out, for the reason that if a freak accident happened while hacking on the road I didn’t feel it was right for anyone else to have the responsibility because of the horse he was.

“I felt every time I got on that horse there was a huge responsibility. No-one else has ever taken him out of the yard. That story is absolutely ridiculous.”

She added on Twitter: “It’s been a harrowing week, but I would like to say a huge thank you to everyone who has shown their kind support.”