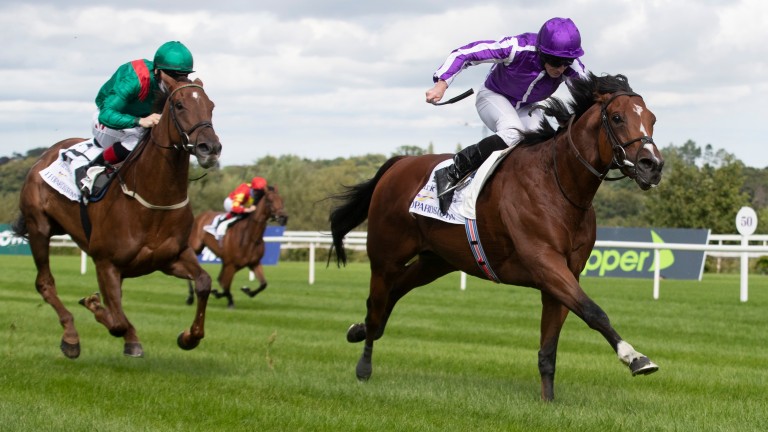 A magnificent three-horse scrap up Leopardstown’s home straight ended in St Mark’s Basilica beating Tarnawa by three-quarters of a length but only after carrying her right, much of the way across the track.

The stewards inquired into the interference and determined the result had not been affected.

St Mark’s Basilica was contesting his first race on home soil in 12 months, having raced solely in Britain and France since finishing third at last year’s Longines Irish Champions Weekend.

The hero of the Eclipse, French Derby, French 2,000 Guineas and Dewhurst Stakes also went into the €1,000,000 Irish Champion off the back of a longer than expected absence from the track.

His Coolmore owners had intended to run him in the Juddmonte International, only for that showpiece to be missed when the son of Siyouni suffered a late setback. If he was ring-rusty here, it did not show.

Indeed, Ryan Moore’s mount looked as sharp as a dagger, accelerating past Poetic Flare early in the straight and setting aim at the winning post, which he reached in far from the most direct manner, shifting badly right across seven of Leopardstown’s perfectly-mowed stripes.

That did not help his own cause, nor that of the strong-finishing Tarnawa, but it only added to the drama on the day Irish racing welcomed back its biggest on-course attendance since February 2020. 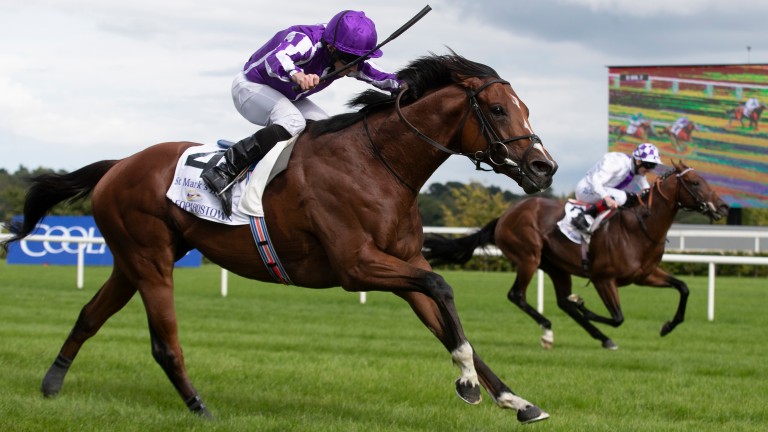 “It was great because it was tactical,” said winning trainer Aidan O’Brien. “They sprinted up the straight and he did well. One thing we knew that he does is quicken. He really quickens. His strong qualities are that he relaxes and can really turn it on. He has done that in every race.

“He is an exceptional horse and we’re very lucky to have him.”

O’Brien stressed no decision had been taken over where St Mark’s Basilica will head now, yet the Qatar Prix de l’Arc de Triomphe is sure to Tarnawa’s next target.