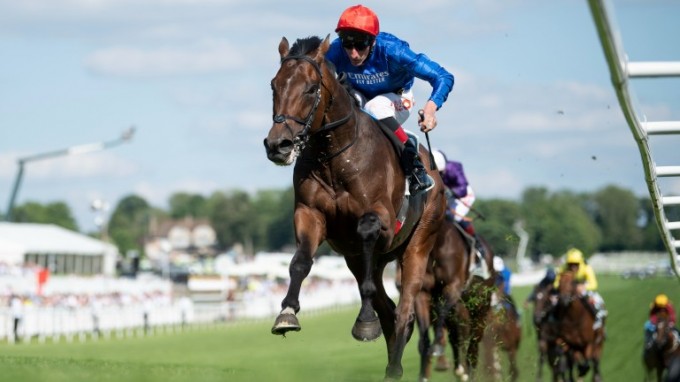 Adayar provided jockey Adam Kirby with his first British Classic when a surprise winner of the Cazoo Derby at Epsom on Saturday.

Kirby, who lost the ride on John Leeper to Frankie Dettori, guided the winner up the rail to beat 50-1 shot Mojo Star and Hurricane Lane. The 16-1 victor gave trainer Charlie Appleby his second Derby win.

“I went a bit weak on him in the final half-furlong,” said Kirby. “I couldn’t believe it. All I could think was my mother would be watching. That made me a bit sad but she’d have been so happy.

“There’s ups and downs in racing but when it comes to Charlie Appleby, he’s a top man and I can’t thank him enough. I had no choice but to stick to the rail and he got there quick and was gutsy.”

Appleby, who won the 2018 Derby with Masar, said: “All the credit goes to His Highness Sheikh Mohammed and team Godolphin. I did feel this horse was more of a Leger horse and he convinced me to run him in the Derby. I’m delighted for Adam. He gave him a fantastic ride and he was hungry to achieve this. 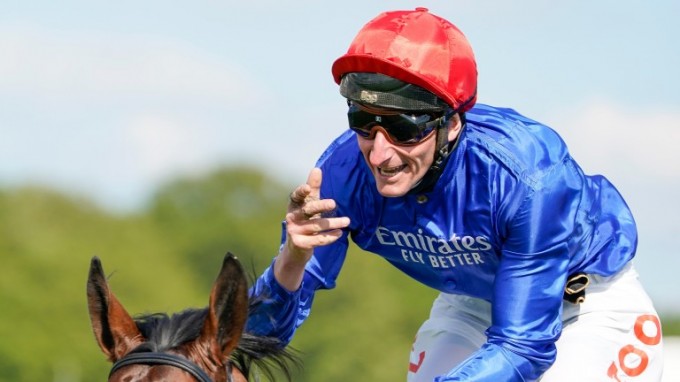 “Adam knew this horse better than most as he broke him in. He’s out of a homebred mare. It’s a huge team effort and I feel so privileged to be standing here after winning a second Derby. I felt good and then Aidan [O'Brien] went past and reminded me I’m a few behind!

“We’ll let the dust settle on this but as a team we always thought the St Leger would have been his target. If we hadn’t come here, we might have gone for the Vase. He should improve with experience.” 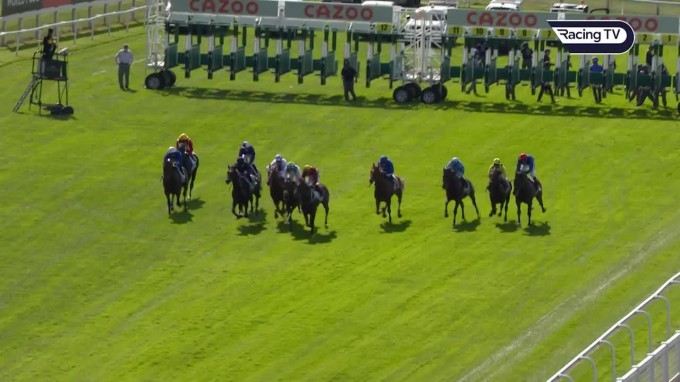 Adayar delivered a stunning 16-1 surprise as he came home a wide-margin winner of the Cazoo Derby at Epsom.

Trained by Charlie Appleby and ridden by Adam Kirby, the Godolphin-owned son of Frankel shot clear in the final furlong to give his handler a second win after Masar in 2018.

Mojo Star, a 50-1 chance, took second, with the winner’s stablemate Hurricane Lane, another son of Frankel, in third.

It was a sensational twist for Kirby, who was winning his first Classic.

Earlier in the week, he had been set to ride the better-fancied John Leeper in the great race – only to be replaced by Frankie Dettori when the latter’s intended mount, High Definition, was announcd a non-starter.

Kirby’s consolation prize – and what a consolation – was the ride on Adayar, for whom champion jockey Oisin Murphy had initially been pencilled in to ride.

“There’s been ups and downs, it’s racing, but when it comes to Charlie Appleby, he’s a top man,” Kirby said. “I can’t thank him enough. He’s a real gentleman and a great trainer.”

The big disappointment of the race was hot favourite Bolshoi Ballet, who was perfectly placed turning for home but faded to be seventh. It was the fifth time that Ryan Moore had been beaten aboard an O’Brien-trained favourite in the race.

Appleby said: “All the credit goes to Sheikh Mohammed and Team Godolphin. We spoke on Wednesday night after the horses did their breeze in the morning and I’ll be honest, I said to His Highness I couldn’t be happier with them all, but I did feel this horse was more a Leger horse, and he said ‘Charlie, run him, there’s only one Derby. As always, he’s right.

“But from the team’s point of view, it’s fantastic, they all work so hard.

“I’m delighted for Adam, it was a fantastic ride and it’s something all jockeys want to achieve.”

As Appleby savoured victory, O’Brien was left reflecting on Bolshoi Ballet’s tame surrender. “He just ran a bit lifeless. What the reason was, I’m not sure,” he said. “It doesn’t work every day. That’s the way life is.

“I don’t want to make excuses because I don’t want to take away from the other horses. He was in the perfect position. He wants nice ground and maybe that was the reason.”

Gear Up set the early gallop, with Kirby on his heels aboard Adayar and Youth Spirit also prominent in the early stages.

Bolshoi Ballet was also towards the head of the field, settled in fourth on the outside, while the well-fancied John Leeper was restrained in last place by Dettori until the field reached Tattenham Corner.

Gear Up started to drop away with two furlongs to run, allowing Kirby a run up the inside rail and he soon put daylight between himself and the field.

Mojo Star finished well from off the pace to take second, with Hurricane Lane also keeping on at the one pace for minor honours, but Adayar prevailed by four and a half lengths.

Bolshoi Ballet and John Leeper were both ultimately well beaten and the result provided Kirby with a happy ending. (UK Racing)