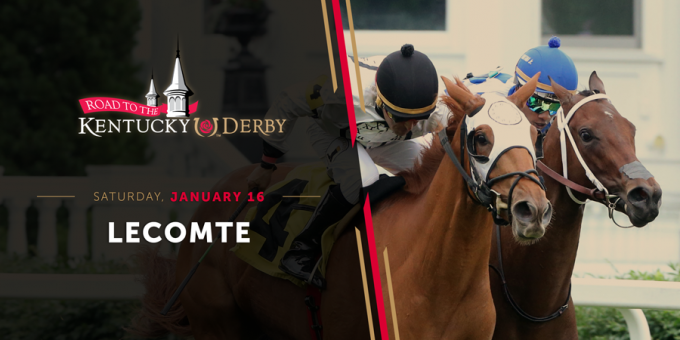 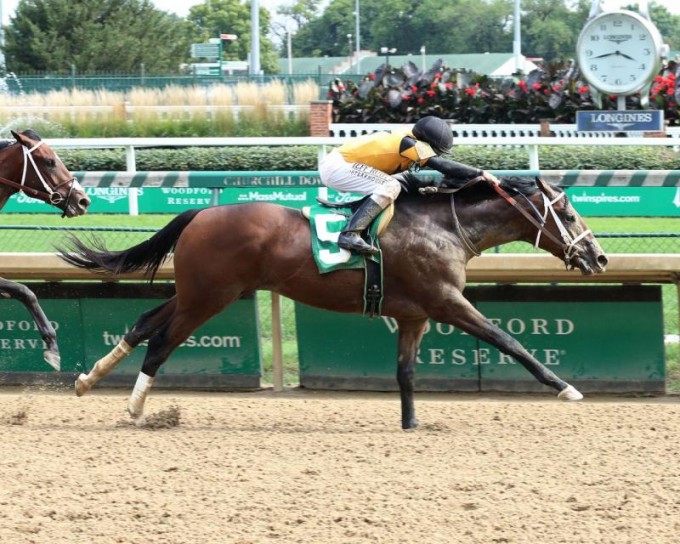 A field of 11 3-year-olds will travel 1 1/16 miles in the $200,000 Lecomte (G3) at Fair Grounds on Saturday. The 2021 Road to the Kentucky Derby challenge series contest will reward the top four finishers of the race with points on a 10-4-2-1 structure towards the Run for the Roses at Churchill Downs on May 1.

The Brad Cox-trained Mandaloun has been spotless from a pair of closing wins to start his career and makes his stakes debut on Saturday. The Juddmonte Farms homebred has posted five solid morning drills on the local strip in advance of his toughest assignment to date, and he seems poised for a big showing in his initial two-turn test, as well. The son of Into Mischief is the Expert Pick of the Week.

Mandaloun is the first stakes winner produced from Group 2 heroine Brooch. The bay colt was unveiled at Keeneland on Oct. 24 and closed from ninth to register a half-length tally while going postward as the 11-10 favorite in the 6-furlong dash. Returning at Churchill Downs for his second assignment, the well-bred sophomore inched clear late en route to a 1 1/2-length allowance tally when traveling seven-eighths as the short-priced favorite once again.

Bred in the Bluegrass State, Mandaloun seems poised to stalk the pace and run them down in the stretch to record his first stakes triumph in the Lecomte. Regular rider Florent Geroux, who is thriving at the current Fair Grounds meeting, will retain the mount atop the exciting prospect.

Arabian Prince flashed considerable talent from a trio of 2-year-old outings and rates an obvious chance on Saturday. The Dallas Stewart pupil has improved his Brisnet Speed number in each lifetime performance, and he shows a trio of solid morning moves on the surface in preparation for his local debut, as well. Mshawish colt will move into contention nearing the turn for home with Brian Hernandez on board. 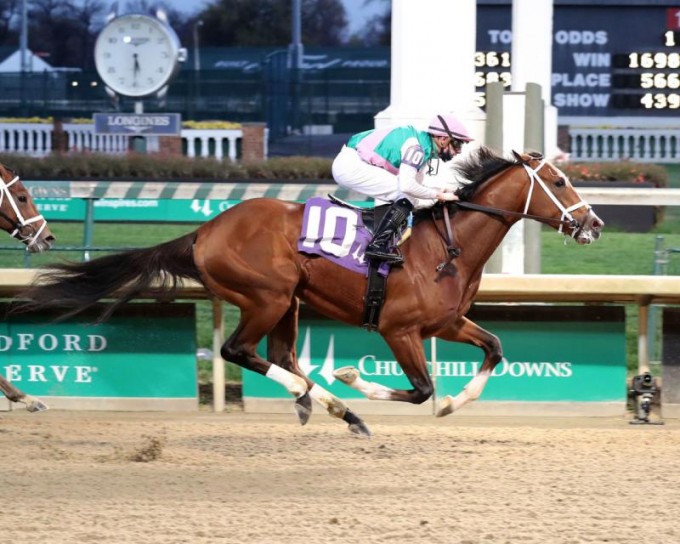 Trainer Brad Cox has other Kentucky Derby (G1) hopefuls in his barn in addition to Breeders’ Cup Juvenile (G1) hero Essential Quality, and one of them – Mandaloun – takes his first test on the trail in Saturday’s $200,000 Lecomte Stakes (G3) at Fair Grounds.

Himself unbeaten, the Juddmonte Farms homebred attracted attention in his Keeneland debut, where he prevailed despite a troubled trip. Mandaloun backed up that favorable impression in a Churchill Downs allowance on the Nov. 28 “Stars of Tomorrow II” card. Both races were one-turn sprints, so the well-bred son of leading sire Into Mischief will try a route for the first time in the 1 1/16-mile Lecomte.
“We’ve always felt he was cut out to be a two-turn horse based on his physical make-up and how he trains,” Cox told Fair Grounds publicity. “It shows how much talent he’s got to be able to win his first two races at sprint distances and now we’re going to do what we’ve thought he’s wanted to do all along, and that’s go long.”
Mandaloun keeps Florent Geroux aboard from post 10 in an 11-horse field.
“I don’t think the outside post matters,” Cox said. “I think sometimes it’s overrated. I think good horses can overcome post positions, and I think he’s a good horse.”
Of his rivals with stakes experience, Midnight Bourbon has the most credentials having placed in a pair of points races. The Steve Asmussen trainee, who romped in an Ellis Park maiden, has finished second in the Iroquois (G3) and a distant third when last seen in the Oct. 10 Champagne (G1). Drawn on the rail, Midnight Bourbon teams up with Asmussen’s go-to rider, Ricardo Santana.
The Dallas Stewart-trained Arabian Prince also comes off a third in a scoring race, the Nov. 28 Kentucky Jockey Club (G2) at Churchill Downs. A debut winner beneath the Twin Spires, he was fourth in the Oct. 25 Street Sense. Brian Hernandez picks up the mount on the closer who will break from post 2.
Two entrants crossed swords in Remington Park stakes. Game Day Play has not raced since nabbing Red N Wild in the Oct.30 Clever Trevor, while Red N Wild was most recently third in the Springboard Mile.
Godolphin’s Proxy has won two straight here in wire-to-wire fashion, a maiden and an allowance at the Lecomte distance. The blueblood son of Tapit and multiple Grade 1-winning millionaire Panty Raid is still a work in progress, as his waywardness in the stretch attests.
“He’s like a big, immature kid who is still learning with racing,” trainer Mike Stidham said. “Last time when he won, he was a little green about switching leads coming down the lane, but once he leveled off, he drew away at the end, so we were pleased with that.
“We were deciding whether to run him back in this race or wait for a race like the Risen Star (G2). We felt like he’s a big, healthy, strong colt and we thought the experience of running would do him more good than working three of four more times waiting for the Risen Star.”
With Proxy’s regular rider Angel Suarez sidelined by injury, Mitchell Murrill takes the call.
Stablemate Manor House romped in his lone start going a mile at Laurel, setting the pace and stretching 12 lengths clear. But the Newtown Anner Stud colorbearer is cross-entered to an allowance earlier on the card, and Stidham is still evaluating his options.
“We’re not sure which direction we are leaning just yet,” Stidham said. “I’ll discuss it with the owner in the next couple of days. He trained really well at Fair Hill, working with several different 2-year-olds that we liked quite a bit. He was either right there with them or outworking them.
“This is just the beginning for him. He did everything right breaking his maiden, but he needs to take the next step and run well against winners for us to be confident moving forward with him.”
Fellow debut winner Beep Beep is likewise cross-entered to the 8TH race for trainer Norm Casse. The Marylou Whitney Stables homebred scored in a 7-furlong maiden at Churchill Nov. 29.
Other Churchill winners in the line-up are Santa Cruiser and Regular Guy, the top two finishers from a one-mile maiden Nov. 15. Santa Cruiser had been third to Essential Quality in their mutual debut. Regular Guy – a Bernardini half-brother to Carpe Diem and Farrell – came back to break his maiden at this track and trip Dec. 19.
Dyn O Mite, a well-beaten fifth in both the Del Mar Futurity (G1) and American Pharoah (G1), has since prospered with class relief. After capturing a turf maiden at Golden Gate Fields, he added an off-the-turf allowance at Fair Grounds. Dyn O Mite gives trainer Keith Desormeaux two chances, along with the aforementioned Santa Cruiser.
The Lecomte is the finale of a 13-race card, with a post time of 6:49 p.m. (ET). Worth points on the 10-4-2-1 scale, it is a stepping stone to bigger prizes on the Fair Grounds Road to the Derby, the Feb. 13 Risen Star and Mar. 20 Louisiana Derby (G2).
fonte : Kentucky Derby