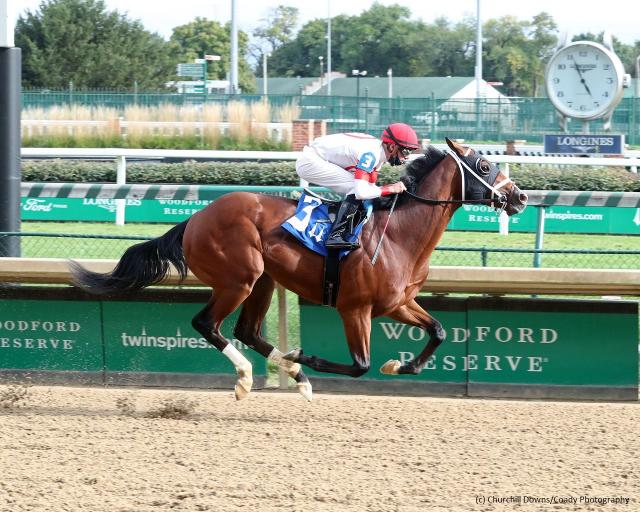 Following a fourth in the Kentucky Jockey Club (G2) at Churchill Downs, Swill will look to gain additional qualifying points toward a Kentucky Derby berth when he lines up for Saturday’s $150,000 Jerome S. at Aqueduct. The 3-year-old will meet four rivals over a one-turn mile in the New Year’s Day feature.

The Road to the Kentucky Derby series qualifier will award points on a 10-4-2-1 scale to the top four finishers.

Trained by Brad Cox, Swill rolled to a convincing wire-to-wire win at Churchill Downs two starts previously. The Munnings colt jumped straight to stakes competition in the Nov. 28 Kentucky Jockey Club, and he was in position to challenge turning for home before coming up a little empty.

Swill is eligible to improve upon his last experience. Look for him to be forwardly-placed with new jockey Kendrick Carmouche.

A pair of New York-bred stakes winners, Eagle Orb and Hold the Salsa, can’t be dismissed from win contention.

Eagle Orb will try open rivals for the first time following a 2 3/4-length victory in the restricted Notebook S. on Nov. 14. Manny Franco has the call for Rudy Rodriguez. Hold the Salsa exits a late-running win in the Dec. 6 Great White Way division of the New York Stallion Series S. By Hold Me Back, the Richard Lugovich-trained colt will be ridden by Romero Maragh. 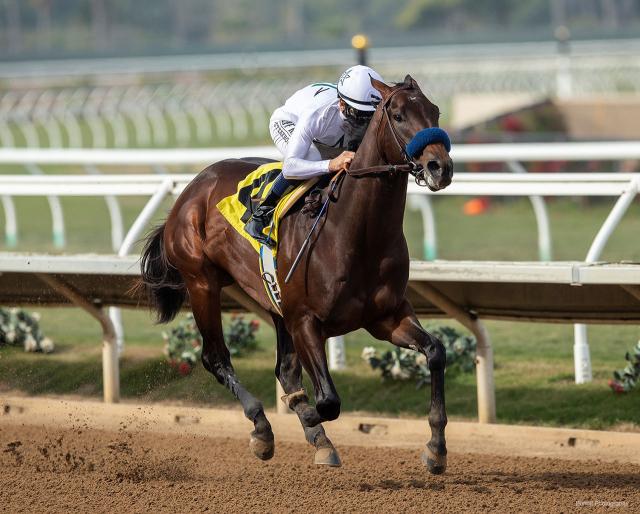 A son of leading sire Into Mischief – also responsible for Baffert’s 2020 Kentucky Derby winner and likely Horse of the Year Authentic – Life Is Good is following a similar trajectory to begin his career. Like Authentic, Life Is Good was unveiled in a sprint maiden during Del Mar’s fall meet (the “Bing Crosby” season) and justified odds-on favoritism. Life Is Good scored by a much bigger 9 1/2-length margin, posted a 100 Brisnet Speed rating, and immediately roared into the Derby picture.

Just as Authentic made his stakes and two-turn debut in last January’s Sham, so does Life Is Good stretch out for the first time in the one-mile feature. Hall of Fame rider Mike Smith is back aboard the $525,000 Keeneland September yearling purchase, who will be heavily favored over just four rivals.

One of them is stablemate Medina Spirit, a recent debut winner sprinting 5 1/2 furlongs at Los Alamitos. Drawn on the rail, he takes the blinkers off and keeps Abel Cedillo in the saddle.
Parnelli and Waspirant represent John Shirreffs, best known as the trainer of the great Zenyatta as well as 2005 Derby upsetter Giacomo and 2020 Derby fourth Honor A. P.
Although Parnelli took four starts to break his maiden, the $500,000 yearling kept running second to some high-profile winners, including Hot Rod Charlie and Spielberg. Parnelli finally broke through by a resounding 5 3/4 lengths at Del Mar, and his experience in a trio of mile maidens helps here. Regular rider Drayden Van Dyke will guide Parnelli, a well-bred Quality Road colt, from post 3.
Waspirant, a son of Union Rags and past Shirreffs star Life Is Sweet, is the only other entrant with two-turn experience. Last seen finishing a disappointing fourth in the Sept. 26 American Pharoah (G1), Waspirant previously captured a mile maiden at Del Mar. Umberto Rispoli rides him again, but the blinkers come off.
Uncle Boogie, a distant second in the Nov. 15 Bob Hope (G3), steps up in distance. The Andrew Lerner pupil has drawn post 4 with Flavien Prat, just to the inside of Life Is Good who’s outside them all in post 5.
Carded as Santa Anita’s 8TH race on Saturday, with a scheduled post time of 7 p.m. (ET), the Sham offers Derby points on a 10-4-2-1 scale to the top four finishers. 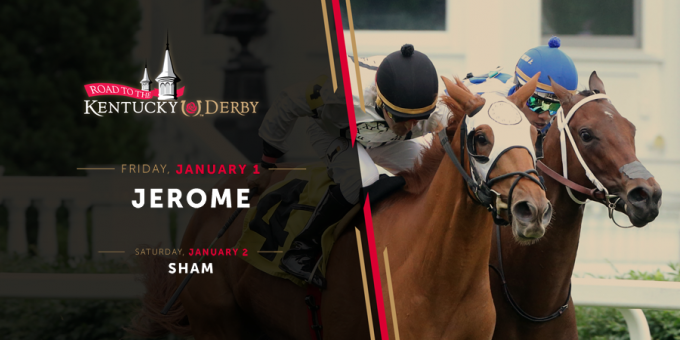