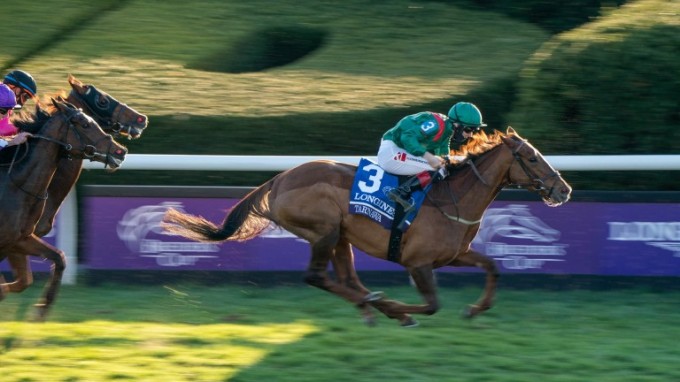 Another glorious chapter was penned in the enduring story of Dermot Weld, the pioneering trainer who on Saturday at Keeneland recorded a significant first when registering a maiden triumph at the Breeders’ Cup thanks to Turf heroine Tarnawa.

It was also a breakthrough success at the meeting for Colin Keane, recently crowned champion jockey in Ireland for the second time and a rider tipped for superstardom.

It is easy to see why many feel like that given the way he got Tarnawa going from the rear and she responded to every one of his questions to beat Aidan O’Brien’s iron mare Magical with Channel Maker third.

An Aga Khan homebred, Tarnawa has been brought on with all the patience and skill Weld has become renowned for, expertise that means he remains the only European trainer to win a leg of the US Triple Crown – Go And Go landed the Belmont Stakes in 1990 – while Vintage Crop helped him become a history maker in Australia by way of his Melbourne Cup heroics in 1993. A race he also won with Media Puzzle in 2002.

He has been trying at the Breeders’ Cup – as his 16 runners at the meeting show – but optimism seemed high Tarnawa could be the one after she crossed the Atlantic with two French Group 1s on her CV and, seemingly, in the form of her life.

Weld remained in Ireland, but his son Mark was present at Keeneland and said: “We’re absolutely over the moon and it doesn’t get any bigger than this.

“I’m thrilled for His Highness the Aga Khan and his team and the people back home in Ireland. I’m sad my dad is not here, but Covid has put paid to that.

“This is a remarkable filly and we’ve been on a wonderful journey with her. She’s like a jet; she sees the runway and off she goes. Dad has a done a remarkable job and deserves so much credit.”

Betfair and Paddy Power went 12-1 (from 33) about the daughter of Shamardal winning next year’s Prix de l’Arc de Triomphe, although Ladbrokes were more impressed and have her as their 8-1 favourite with Love.

Keane, having just his second ride at the Breeders’ Cup after Siskin in the Mile, spared a moment for absent rider Christophe Soumillon, who should have ridden the four-year-old but was ruled out after testing positive for coronavirus. 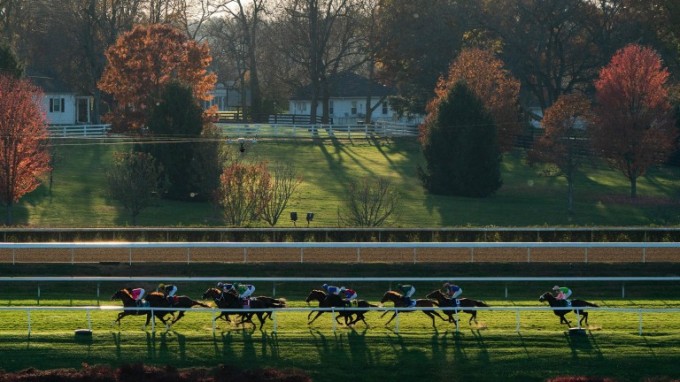 He said: “It’s very unfortunate circumstances for Christophe. Mr Weld rang me the other morning and told me what was happening and rang me again this morning and said that we wouldn’t really make a plan.

“I rode her as I felt her. He did say it’d be lovely if I’d sat on her before because she’s a filly who takes a bit of knowing, but I spoke to Oisin Orr, who rides her at home, and he said she was very straightforward; she relaxes and you can put her where you want.

“I’m very thankful to him and grateful to Mr Weld for letting me ride her. It’s been a brilliant year. Siskin was a bit disappointing in the Mile, but it’s lovely to go home after this.”

The Turf has been kind to European horses and the result had that feel again, Lord North claiming fourth for John Gosden and Frankie Dettori, with O’Brien’s other runner Mogul in fifth.