05/09/2020. Breaking News by TDN: Dream Ahead’s Dream of Dreams Wins the Sprint Cup – Stroll For Enable In the September – Another Ascot Rising Star As Kingman’s Love Is You Excites – Wootton Bassett’s Akmaam a New Rising Star On Debut 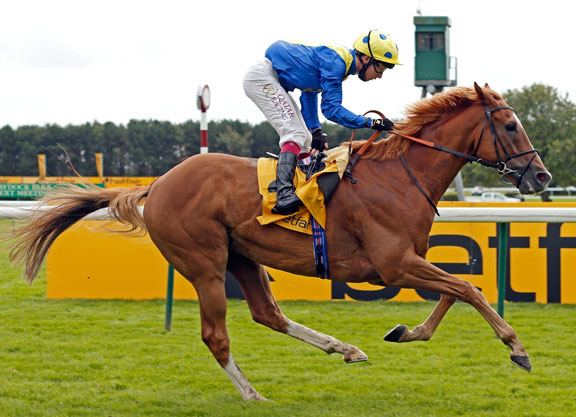 Finally gaining the top-level success his record demanded, Saeed Suhail’s Dream of Dreams (Ire) (Dream Ahead) justified 5-2 favouritism in Saturday’s G1 Betfair Sprint Cup at Haydock. Tracking the pace stand’s side under Oisin Murphy, the impressive G2 Hungerford S. winner was delivered to lead with a furlong remaining and stayed on to beat Glen Shiel (GB) (Pivotal {GB}) by 1 1/4 lengths, with a neck back to Golden Horde (Ire) (Lethal Force {Ire}) in third.

Stroll For Enable In the September 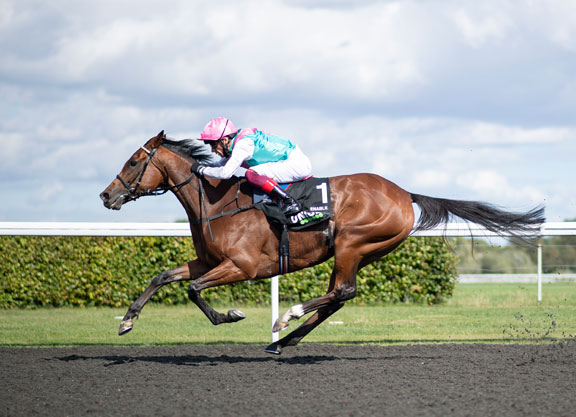 Enable unchallenged in the September | racingfotos.com

John Gosden could hardly have scripted a better 2020 for Clarehaven’s standard-bearer Enable (GB) (Nathaniel {Ire}) and Saturday’s G3 Unibet September S. at Kempton turned out the predicted stroll all expected as she works towards her historic Arc attempt. Providing the only anxious moment for 1-14 backers when awkward from the stalls, the Juddmonte juggernaut was soon in command as Frankie showed his intent to keep it simple. Tracked throughout by Kirstenbosch (GB) (Mount Nelson {GB}), she went through the contest like a piece of strong exercise and there were seven lengths to spare over that unexposed 4-year-old at the line. “She did it very nicely, very smoothly,” her trainer said. “The track is riding deeper than usual and Frankie felt she didn’t find it as easy to be as fluent on as she normally is. She normally springs off that, but it’s just riding a bit sticky. Apart from that he was absolutely delighted with her. She has had a nice blow and a good day out. She was idling a bit in front and the race would have just brought her on nicely. She will have a nice easy 10 days and then we will build up to the Arc.”

Bar encountering the mighty presence of Ghaiyyath (Ire) (Dubawi {Ire}) when making her seasonal bow in the July 5 G1 Eclipse S. at Sandown, Enable’s current campaign has gone like clockwork with her bringing up a unique treble in Ascot’s G1 King George VI and Queen Elizabeth S. July 25 that might stand unmatched for some time. Gosden now has to deliver her for her date with destiny on the first Sunday next month. “She came close last year and we will do our best to put that right, but what she has done already with all the races she has won is pretty extraordinary,” he added. “She was fresh to saddle and was quick with her hind feet. She was just full of herself. I think down at the start didn’t help as she was waiting for the other horse to be reshod. Frankie floated up there and she had a nice race–perfectly what you want, with hands and heels.”

“I think it was probably three-quarters mental and one-quarter physical preparation today,” he continued. “This was as much to mentally let her let a little steam off and chill her and give her 10 days and build her up to the Arc. The race will just sharpen her mental attitude. She found it difficult to get to her racing weight and I didn’t want to push her in any way. She got tired in the last furlong in the Eclipse, but ran a lovely race and then came back in the King George. That was the most important part, as her metabolism changed. She is wiser now and a 6-year-old mare is different to a 3-year-old filly. She is robust and she does have that mental strength. The great tennis players get to that fifth set and when they are two sets all it is mental strength that wins it above anything else.”

Looking ahead to the opposition at ParisLongchamp, Gosden has his eye in particular on Love (Ire) (Galileo {Ire}). “We have got tons of respect for the Oaks winner, who is a brilliant filly and is getting the weight allowance Enable did when she was that age,” he said. “You would love to see the ground good-to-soft, you don’t want to see it bottomless but it is next to the River Seine and we are in the autumn.”

Enable’s finale in her native country came just 24 hours after her 2-year-old half-brother Derab (GB) (Sea the Stars {Ire}) put in such a promising debut when second at Ascot. The listed-winning and group-placed dam Concentric (GB) (Sadler’s Wells) also has a yearling full-brother to Enable and by the time he is enjoying his first outing it could be that she has a second Classic winner. Also the dam of the G2 Prix de Pomone runner-up Contribution (GB) (Champs Elysees {GB}) and the G3 Musidora S. runner-up Entitle (GB) (Dansili {GB}), she is a daughter of the G3 Prix de Royaumont winner Apogee (GB) (Shirley Heights {GB}) and a full-sister to the G2 Prix de Royallieu scorer and G1 Prix de Diane runner-up Dance Routine (GB). She is in turn the dam of the multiple top-level winner Flintshire (GB) (Dansili {GB}) and the second dam of the GII Baltimore/Washington International Turf Cup winner Projected (GB) (Showcasing {GB}) and last year’s G2 Prix Eugene Adam and G2 Prix Guillaume d’Ornano winner Headman (GB) (Kingman {GB}).

Another Ascot Rising Star As Kingman’s Love Is You Excites

TDN Rising Stars kept coming at Ascot on Saturday, with Normandie Stud’s newcomer Love Is You (Ire) (Kingman {GB}) swooping to take the well-contested Moet & Chandon British EBF Fillies’ Novice S. over a mile at the Berkshire venue. A daughter of Fallen For You (GB) (Dansili {GB}), who had her finest hour over this course and distance when winning the 2012 G1 Coronation S., the homebred half-sister to last year’s G2 Hungerford S. winner Glorious Journey (GB) (Dubawi {Ire}) was held up early at the back by Jason Watson. Looking set for minor honours only as the 6-5 market-leader Monsoon Moon (GB) (Kingman {GB}) loomed with menace on the home turn, the 3-1 second favourite instead delivered a flourish as that half-sister to last year’s G1 St Leger hero Logician (GB) (Frankel {GB}) began to fade in the closing stages. It was Godolphin’s prior winner Last Sunset (Ire) (Teofilo {Ire}) who looked to have edged it, but Love Is You was flying out wide and grabbed her in the final strides for a neck success, with Monsoon Moon eventually 1 1/4 lengths behind in third. “She will have learnt plenty from that,” trainer Roger Charlton said of the G1 Fillies’ Mile entry. “She was very relaxed early on and I was concerned the game was up when the favourite cruised up, but she picked up well and her last furlong was her best. I think it was quite a decent field and the favourite will also improve a lot, as she looked to get tired. They are nice fillies and she won going away. I entered her in her group 1 three days ago, as she’s been pleasing us.” 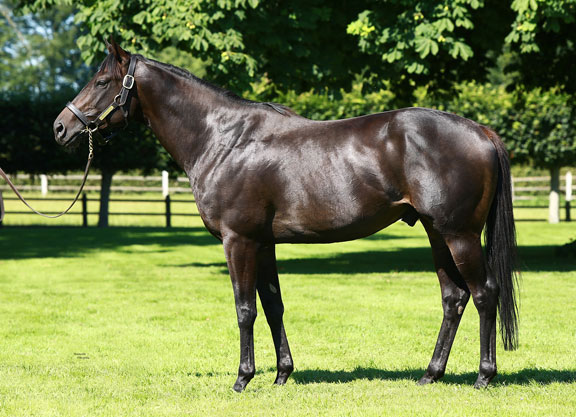 Ascot’s two-day meeting continued to supply 2-year-olds with abundant promise on Saturday, with the Stella Artois British EBF Novice S. playing host to a new TDN Rising Star as Shadwell’s Akmaam (Fr) (Wootton Bassett {GB}) stamped his class on the seven-furlong contest. Always travelling easily on the front end under Martin Dwyer, the 12-1 shot opened up passing two out and galloped out strongly to the line for a four-length success from Siam Fox (Ire) (Prince of Lir {Ire}), with Arqoob (Ire) (Estidhkaar {Ire}) another half-length away in third. “He’s a lovely colt and has always shown us he is,” trainer Brian Meehan said. “He is very much a 3-year-old in the making and could have one more run this year, but I’ll speak to the owner and the racing team. He was in the stalls for four to six minutes after the scheduled time and that was unfortunate. He did a barrier trial at Lingfield and was really good today.” Martin Dwyer added, “He was impressive and is a lovely big, kind horse who six to eight weeks ago was working like a champion and then went through a weak spot, so Brian left him alone for a bit. He sent him for that barrier trial a week ago and he’s really come good. He showed there today what he had shown us at home.”