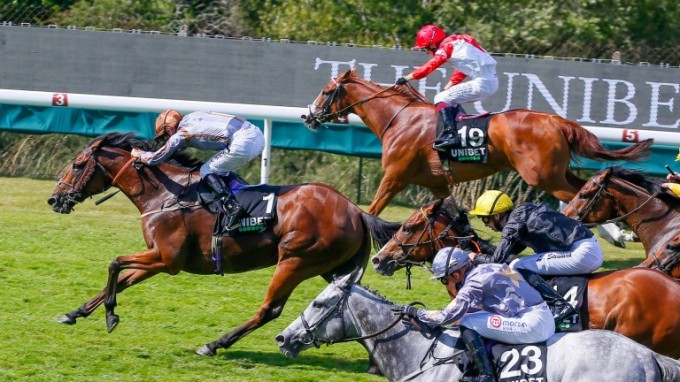 Number one! Summerghand wins the Unibet Stewards’ Cup off top weight, with Kimifive and Brian The Snail filling the places
Mark Cranham
By Andrew Dietz

The ultra-consistent Summerghand finally had his day in the sun after collaring Kimifive on the line to win the Unibet Stewards’ Cup at Glorious Goodwood.

Summerghand, wearing cheekpieces for the first time, was beaten a nose in the Wokingham at Royal Ascot and looked like he might have to settle for second again as Kimifive burst clear on the far side. 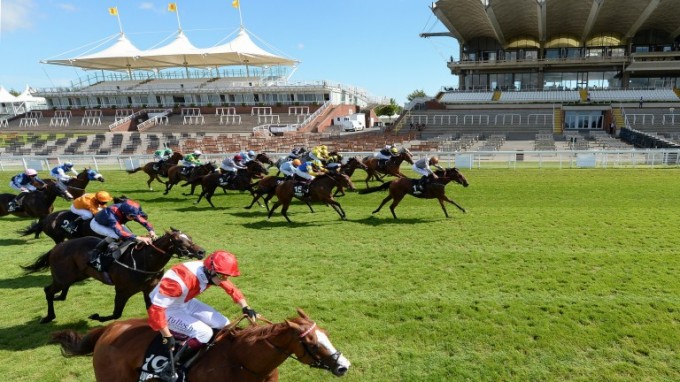 The in-form Tudhope, who brought Summerghand down the centre of the track, managed to conjure a late surge out of the Hamad Rashed Bin Ghedayer-owned six-year-old to just prevail.

“He’s a tricky horse to win with and things have to go right for him,” said the jockey. “I had pace around me with plenty to aim at and the gaps came at the right time.

“He’s a very talented horse and David is good at freshening these sprinters up.”

It was the second big handicap success at Goodwood in as many days for O’Meara following Prompting’s victory in the Unibet Golden Mile Handicap on Friday.

The trainer has started the new month as he ended the last after sending out 22 winners in July.