29/07/2020. The delayed 2020 Korean Derby will finally be run at Seoul Race Park this coming Sunday // The Korean Derby – All The Winners So Far, by gyongmaman

The delayed 2020 Korean Derby will finally be run at Seoul Race Park this coming Sunday. The three-year-old Classic, originally scheduled for its usual spot in May, is in its 23rd year.

Except for an enforced stoppage during the Korean War – and this year’s COVID-19 hiatus – racing has been running on the peninsula continuously since the 1920’s but while those early years saw horses racing each other, it wasn’t exactly the kind of horse racing we’re familiar with today. Many horses weren’t even thoroughbred and with no Studbook or organised breeding to speak of, there was little point in having a Derby for three-year olds.

The establishment of a domestic thoroughbred breeding industry and the introduction of the private ownership of race-horses – and therefore prize money – changed all of that. The late 1980’s and early 1990s saw the creation of big Stakes races and, with the breeding industry reaching some maturity, finally in 1998, the Derby was run for the first time. In 2007, the Korean Triple Crown Series was inaugurated with the Ttukseom Cup, Derby and Minister’s Cup making up the three Classic races. Indeed, in that first year, J.S. Hold swept the lot.

The following year, as the first set of foals sent to Busan after the track’s opening in 2005 reached maturity, the KRA Cup Mile at the Southern track was re-designated as the “Korean Guineas” and replaced the Ttukseom Cup as the first jewel in the crown. The filly Sangseung Ilro won the first two legs in 2009 and Jigeum I Sungan won the Derby and Minister’s Cup in 2012, but it took until 2016 and Power Blade for a horse to win all three under the new set-up.

In the twenty-two editions of the Derby run so far, fourteen colts and eleven fillies have taken the prize which for its first three years was run over just seven furlongs before moving up to its current nine in 2001. However, with the Derby and Oaks now being run on consecutive weekends, there is little prospect of a filly entering, let alone winning the Derby any time soon.

When the first crop of foals to be sent to race exclusively at Busan reached three-years of age in 2008, the Derby – and other major Stakes races – became open to horses from both Seoul and Busan. Since then, raiders from the South have won eight out of twelve times:

Here is a list of the winners so far:

2019: Wonderful Fly [Tiz Wonderful - Butterfly (Pioneering)] – Moon Se Young – A dominant all the way winner under Moon Se Young, he was unplaced in the Minister’s Cup but bounced back to win two more races in the 2019 season. Remains in training and is racing at class 2 level. 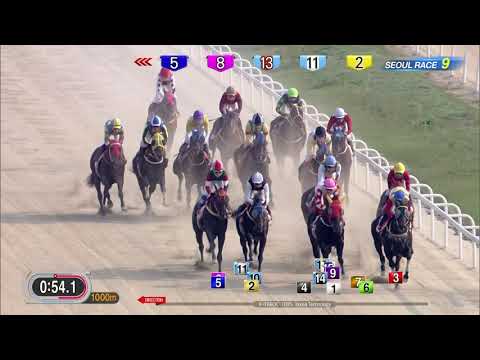 2018: Ecton Blade [Ecton Park - Vying Ty Grr)] – Franco Da Silva – Another “Blade” winner for owner Kim Byeong-jin and another winner for trainer Kim Young-kwan with Franco Da Silva becoming the second foreign jockey to win the race. Menifee’s five-year winning streak was ended by the Ecton Park colt. Ecton Blade won just one more race after the Derby and was retired to Stud at the end of the 2019 season. 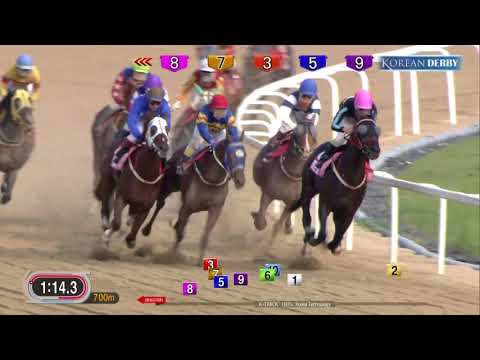 2017: Final Boss [Menifee - Sinsok Dolpa (Lindo Shaver)] – Choi Bum Hyun – The famously unruly Final Boss ended up on the Grandstand rail but still had enough about him to somehow pull off a victory. He won nine of his twenty-two races in total and was officially retired in a snowy ceremony earlier this year. 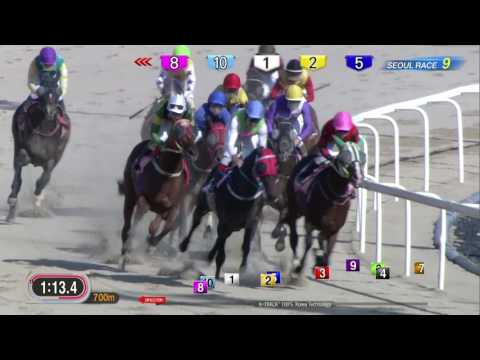 2016: Power Blade [Menifee - Cheonmachong (Lost Mountain)] – Kim Yong Geun – He became the second horse, after J.S. Hold, to sweep all three legs of the Triple Crown and the first with it in its current form of the final leg coming just a month after the Derby. Went on to have a sensational career which included solid performances in Dubai as well as a Grand Prix Stakes win. Retired through injury in 2018, he is now at Stud and covered 70 mares in the 2020 Breeding season. 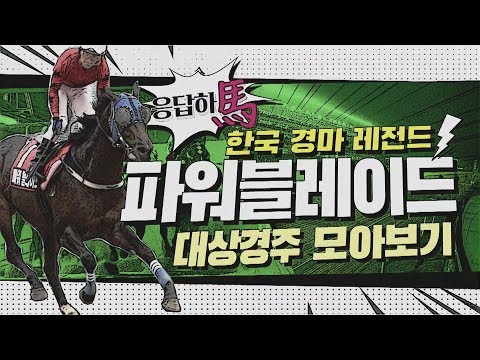 2015: Yeongcheon Ace [Menifee - Dixie Avenger (Dixie Union)] – Choi Si Dae – The 4/1 second favourite ran out a two-length winner over Triple Nine. It would, of course, be the latter who would go on to have the greater career. In fact, Yeongcheon Ace would never actually win another race. He is retired now and covers the occasional mare. 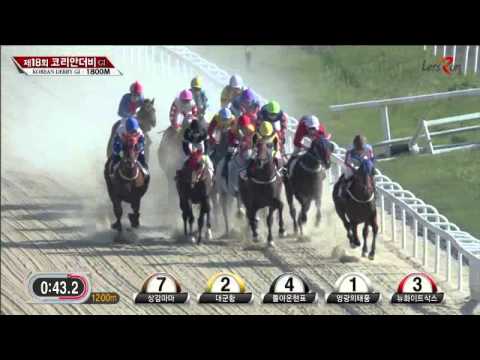 2014: Queen’s Blade [Menifee - Harboring (Boston Harbor)] – Kim Yong Geun – The second filly in as many year’s to win the race and the second in a row from trainer Kim Young-kwan. Despite only finishing 5th in the KRA Cup Mile, she began as favourite and romped the Derby by ten-lengths. Like Speedy First, she too followed up comfortably in the Oaks. In 2015, she returned to Seoul to win the Group 3 Jeju Governor’s Cup. She has had one foal reach the races so far. 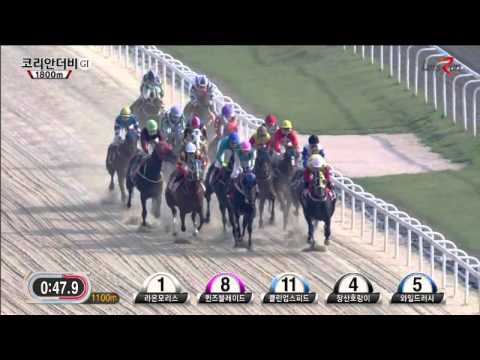 2013: Speedy First [Menifee - Speedy Deedy (Victory Gallop)] – Kanichiro Fujii – The first filly to win since Sangseung Ilro, she went on to win the Oaks at Busan in August but aside from an ill-advised trip to the USA, only raced once more after that. Now a broodmare, both of her foals to reach the track so far have been winners. Jockey Joe Fujii went on to win a Korea Cup and Korea Sprint and now rides the JRA circuit in his native Japan. 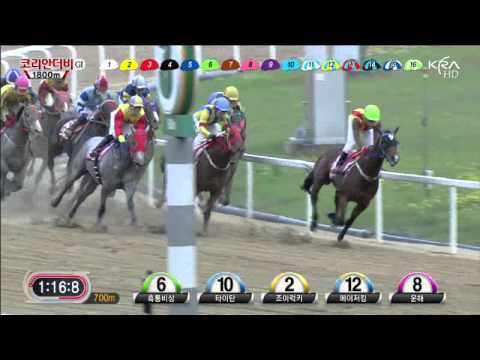 2012: Jigeum I Sungan [Ingrandire - Solmaru (Mujaazif)] – Moon Se Young – A horse who as just got better and better since winning the Derby at generous odds a year ago. He went on to win the Minister’s Cup, the final leg of the Trip Crown in October before coming back as a 4-year old to win the Owners’ Cup  and run 2nd in the Grand Prix Stakes. Now stands at Stud. 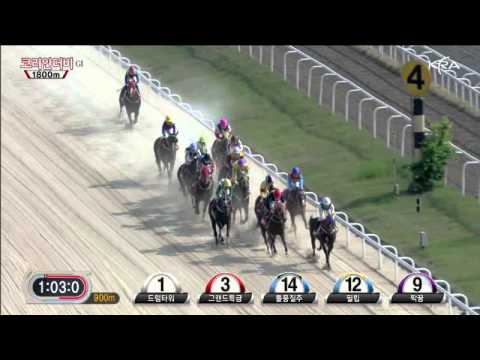 2011: Gwangyajeil [Vicar - Hurricane Havoc (Jade Robbery)] – Oh Kyoung Hoan – He skipped the KRA Cup Mile and went straight to the Derby. It paid off as he was an easy winner. Injury meant he only ran twice more and was retired to Stud at the end of his three-year old season. Bred by the late Im Sang Yun, who also bred J.S. Hold. 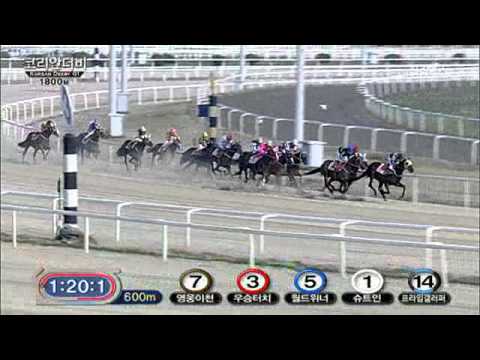 2010: Cheonnyeon Daero [Creek Cat - Doneitmyway (Northern Flagship)] – Park Geum Man – Money Car, winner of the KRA Cup Mile was sent off the favourite but got sucked into a speed duel with the sprinter Seonbongbulpae in the early stages. Still, the favourite had a considerable lead entering the final furlong. He was spent though, and Cheonnyeon Daero, a 30/1 shot, chased him down and caught him on the line. Money Car was never the same again and only ran once more. Cheonnyeon Daero went on to finish second in the Minister’s Cup – the final leg of the Triple Crown. A horse with a bad case of seond-itis – he finished 2nd 14 times during his career, he was retired in early 2012 and will go to Stud. 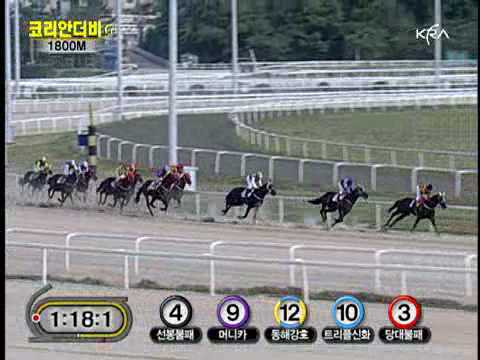 2009: Sangseung Ilro [Concept Win - Ms. Whiskey (Whiskey Wisdom)] – Jo Sung Gon
- The filly, a shock winner of the KRA Cup Mile a month earlier made it two in a row for Busan. She couldn’t maintain her form over the whole year, however, and went down to a shock defeat in the Oaks in August before returning for a creditable third in the Minister’s Cup, the third and final leg of the Triple Crown in October. Went on to win two more Stakes races as a four-year old before being retired from racing in January 2011 for broodmare duties. 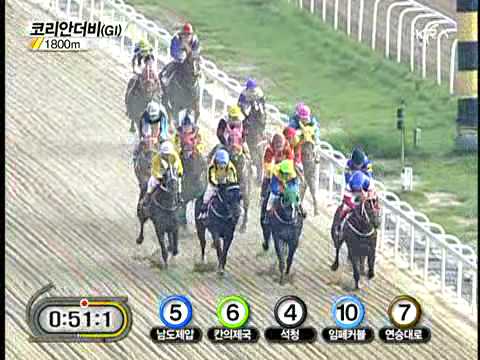 2008: Ebony Storm [Buster's Daydream - Sorority Jazz (Dixieland Band)] – Shim Seung Tae – Two years ago was the first time that Busan’s best three-year olds were invited up to Seoul to contest the Derby and it was one of those visitors, Ebony Storm, the longest shot on the board, who took victory in a monsoon downpour. Ebony Storm continued in training until the age of 8. 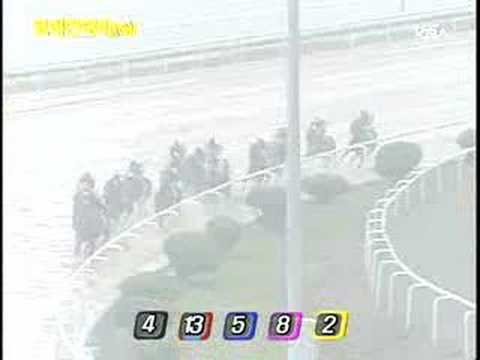 2007: J.S. Hold [Ft. Stockton - Hwangsangjiljoo (Passetreul)] – Moon Jung Kyun – Widely considered the best Korean bred horse ever. J.S. Hold landed the inaugural Triple Crown injuring himself in the final race and not returning to the track. He retired with nine wins from ten starts and stood at Stud, passing away in 2017. 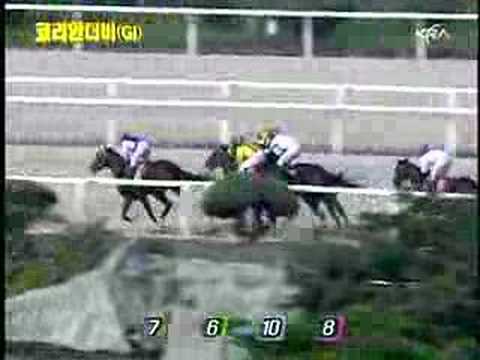 2006: Baengnokjeong [Slew O'Green - Lesu Run (Proper Reality)] – Hwang Soon Do – The rank outsider at over 80-1 on Derby day, Baengnokjeong was at the time, the longest priced horse to win the Derby.

2005: Saebyeok Dongja [Fiercely - Cheongpa (The Rodgers Four)] – Chun Chang Ki – Raced on at the top-level for three more years. His jockey, Chun Chang Ki became a trainer and sadly passed away of cancer in 2012.

2004: Mupae Gangja [Didyme - A Heun A Hop Kan (Kinsky)] – Kim Hyo Seob – One of the top colts of this decade, Mupae Gangja won ten of his sixteen races including the Chairman’s Trophy and Minister’s Cup along with the Derby in 2004.

2002: Haeam Janggun [Didyme - Ronde (Toast The Champ)] – Lim Dae Gyu – Ronde foaled her second Derby winner in as many years with this filly who won eight of her fourteen races and gave the late Lim Dae Gyu a Derby victory.

2000: Haekdol’pung [Lost Mountain - Swift Diplomacy (Nice Pirate)] – Park Tae Jong – Korea’s most successful ever jockey got his second straight Derby win on the favourite. It was tight though, with Haekdol’pung getting the verdict in a three-way photograph. Sire Lost Mountain died in 2009.

1999: Manseokkkeun [Fiercely - Komplication (Kris. S)] – Park Tae Jong – Yes, he really did have three consecutive ‘k’s in his name. Park Tae Jong got the first of his three Derby winners on the colt whose sire, Fiercely, died in 2009.

1998: Useung Yegam [Happy Jazz Band - Man Jang Dae()] – Song Seok Hen – Nine of the 14 runners in the first Derby were fillies and the favourite Useung Yegam, whose dam wasn’t even in the studbook, took the honours by a length.