28/07/2020. UK PREVIEWS 1.45 GOODWOOD. Key quotes and form analysis for a tricky 18-runner handicap // The six dark horses you need to look out for at Glorious Goodwood 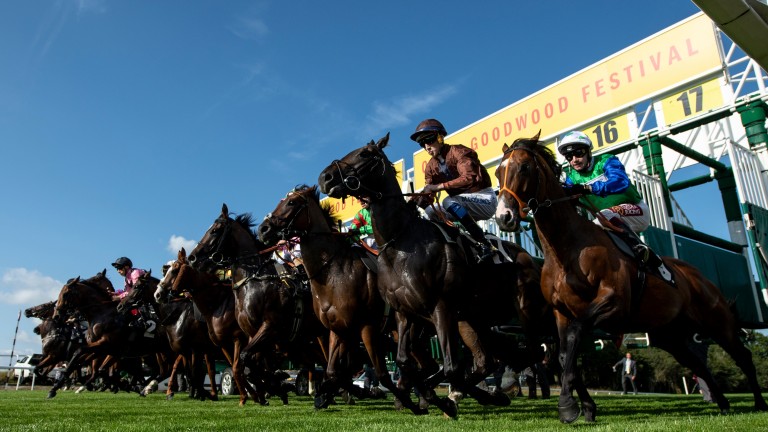 An 18-runner Glorious Goodwood handicap always needs some sorting, but the name who leaps off the page from stall one is Maydanny.

Trainer Mark Johnston is renowned for his success at this meeting, and Fire Fighting (2016), Sennockian Star (2014) and Landaman (2012) give him an excellent recent record in the race.

Fire Fighting won from stall 16 and Landaman from 17 to show that it is possible to overcome a high berth, but plenty win or go close from a single-figure draw.

Maydanny rates the ideal type for a contest of this nature in that he has low mileage after just five career starts and is open to further improvement.

Admittedly, he needs to bounce back from a most disappointing Newmarket defeat when sent off 4-6 favourite last time, but it’s probably best to focus on his Silver Royal Hunt Cup seventh when first home on the disadvantaged far side.

The winner of that race, Sir Busker, has since gone very close in the Bunbury Cup, and it’s clearly strong form.

Another four-year-old who looks likely to continue on an upward curve is the Simon and Ed Crisford-trained Cape Cavalli.

He arrives fresh from destroying a field of Class 4 handicappers at York and, while this represents a stiffer test off an 8lb higher mark, there was no masking the authority he showed that day and Cieren Fallon’s 3lb claim will attract many punters.

The likelihood of a strong gallop should play to the strengths of Fifth Position, a highly creditable third in the John Smith’s Cup at York last time, but he may struggle to confirm Doncaster form with Derevo. 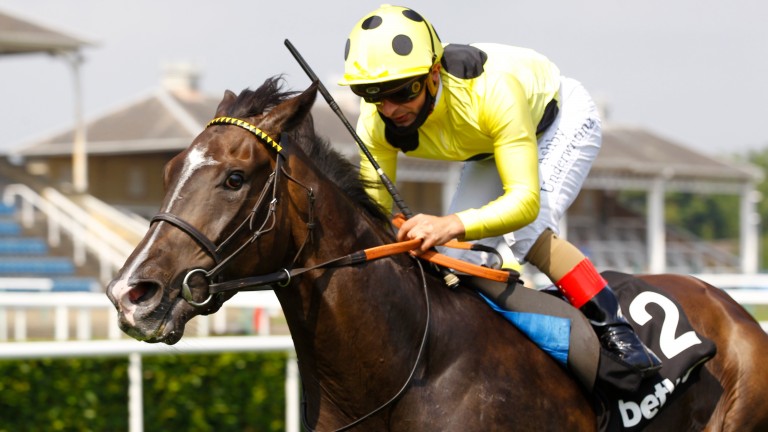 The Sir Michael Stoute-trained four-year-old finished third to Fifth Position that day, but reopposes on 5lb better terms and seems sure to have improved fitness-wise for his first run of 2020.

Derevo has the assistance of Ryan Moore, and looks just the sort to have been carefully laid out for this race by a master plotter.
Race analysis by Richard Birch

Richard Hannon, trainer of Walkinthesand
He’s a horse with a lot of class and a lot of ability, and I think the track might suit him. He’s got a good draw [stall two] and we’re due a big run from him.

Roger Varian, trainer of Fifth Position
Fifth Position is a solid horse who has produced strong form all year. He was a good third in the John Smith’s at York last time and will enjoy Goodwood and a bit of cushion underfoot. If he can back up ten days after York he’ll run a very nice race.

Oisin Murphy, rider of Bell Rock
I’m looking forward to stepping up to a mile and a quarter after his good run in the Hunt Cup. I couldn’t be happier with him at home and he goes into the race with a really good chance from a low draw, provided he gets a good trip round. He doesn’t want too much rain, but we can’t do anything about that.

George Baker, trainer of Wargrave
He did a fantastic job for us in St Moritz in February but rather disgraced himself at Epsom the other day when he didn’t go in the stalls. He’s been gelded after that. He’s got plenty of ability so hopefully his mind is more focused on the job. He’s a big price but he’s got an each-way squeak for sure.

Ian Williams, trainer of Restorer
He ran a very solid race at Newbury last time. We’d appreciate any more rain that would fall and he arrives in the race in good form. We’ve got a good draw [three], it’s tough and competitive but he’s won off higher marks so we’ll see.

John Gosden, trainer of Yuri Gagarin
He didn’t get the run of the race at Newmarket and hopefully this lesser trip will suit.

Simon Crisford, co-trainer of Cape Cavalli
He’s got a really awkward draw [17] to say the least but other than that you’d have to be very happy with him. From that draw things aren’t going to be straightforward. There’s lots of positives with him going into the race, everything’s fine and we look forward to seeing him put in a good effort.

Hugo Palmer, trainer of Red October
It wasn’t the plan to lead the last day but he showed that he’s fairly versatile – I think he won in spite of the softer ground. If it dries out at Goodwood it’d be a help to him. These 18-runner handicaps around Goodwood are tricky so whoever wins it will need a lot of luck. He’s drawn outside but plenty have won from there before and the favourite is drawn wider than us.

Glorious Goodwood 2020: all you need to know for the five-day Qatar festival