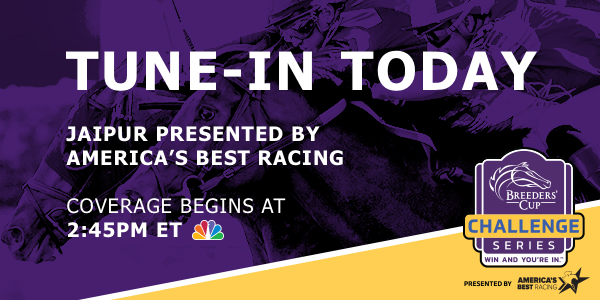 This year’s race drew a field of eight contenders including 2016 Jaipur Stakes winner Pure Sensation, 2019 Woodward Stakes winner Stubbins and international mare Oleksandra. The Jaipur is a Breeders’ Cup Challenge Series “Win and You’re In” race for the Breeders’ Cup Turf Sprint, offering the winner an expenses-paid berth in the $1 million race to be held November 7 at Keeneland.

LEARN MORE ABOUT THE RACE HERE 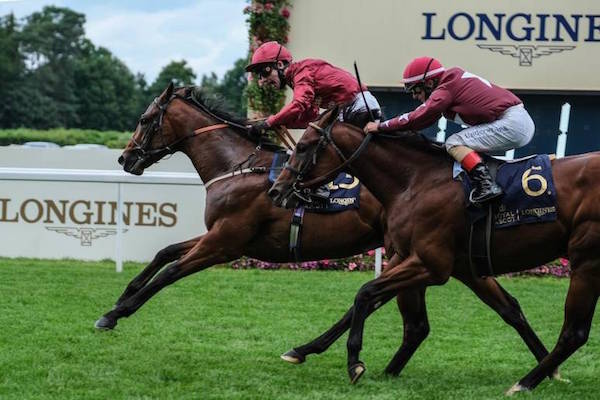 Qatar Racing Limited’s 2-year-old The Lir Jet (IRE) deprived trainer Wesley Ward a third success in the US$62,000 Norfolk Stakes (G2) when getting up in the last strides over Golden Pal to claim the 5-furlong sprint and clinch a guaranteed position in the $1 million Breeders’ Cup Juvenile Turf Sprint (G2). 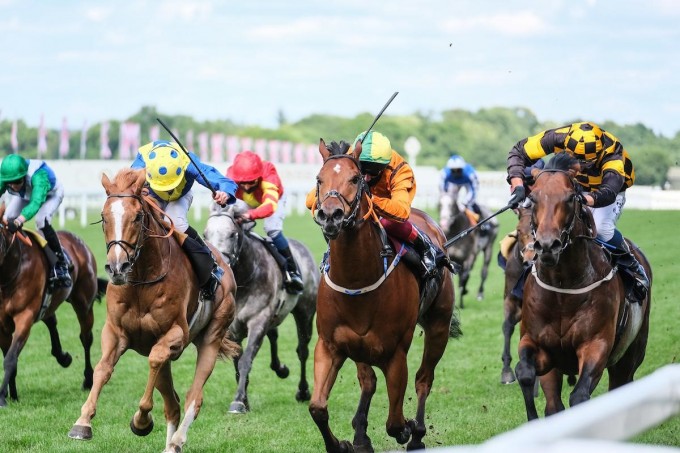 The Breeders’ Cup Challenge is an international series of stakes races whose winners receive automatic starting positions and fees paid into a corresponding race of the Breeders’ Cup World Championships, which is scheduled to be held at Keeneland Race Course in Lexington, Kentucky, on Nov. 6-7.

As part of the benefits of the Challenge Series, Breeders’ Cup will pay the entry fees for Hello Youmzain to start in the Breeders’ Cup Turf Sprint, which will be run at 5 ½ furlongs over the Keeneland turf course. Breeders’ Cup also will provide a minimum travel allowance of US$40,000 for all starters based outside of North America to compete in the World Championships.

Ahead of the last of three Group 1s scheduled for the final day of the five-day Royal Meeting, all the momentum was with Frankie Dettori bidding for a sweep of all three prizes, having earlier won the Coronation Stakes (G1) and St James’s Palace Stakes (G1). Dettori had the mount in the Diamond Jubilee on James McAuley’s bargain 4-year-old Sceptical (GB), the 2-1 favorite.

Sceptical played his part but was unable to prevent the Kevin Ryan-trained Hello Youmzain from paying an immediate dividend to his new connections who are based in France and New Zealand.

Ridden by Kevin Stott, Hello Youmzain stole a couple of lengths on the field from the start, tracked over to the standside rail. Despite being headed, he fought off the successive challenges of Khaadem (IRE) and Sceptical to cross the line with a head to spare over the fast-finishing Dream Of Dreams (IRE), who was second in the race for the second consecutive year. Sceptical was a neck further back in third at the end of a race run in a time of 1:13.42 over a course rated as good.

The success gave Stott, 25, his first Royal Ascot winner and first at the G1 level. He became a jockey after being turned down for a football (soccer) career at age 15 by the Premier League team Tottenham Hotspur. He was in tears as he returned to the winner’s enclosure.

“It’s amazing,” said Stott. “Getting taken off a horse for a higher profile jockey happens a lot so to get back on him and for him to do that for me is unbelievable. He dug very deep when I needed him and I am very thankful.”

Hello Youmzain, sent off at odds of 4-1 in the 10-horse field, won the Haydock Sprint Cup (G1) last year, the highlight of seven starts for previous owner Jaber Abdullah. Hello Youmzain was acquired by Haras d’Etreham and Cambridge Stud in October to become a shuttle stallion in 2021.

Speaking to ITV Racing, Brendan Lindsay said: “It feels like half of New Zealand watched the race from the amount of messages and phone calls we’ve had. I don’t know if any New Zealander has won a Group 1 at Royal Ascot before. Thanks to Hubie de Burgh and Nicolas de Chambure, our partners in France. It’s awesome.

“He will go to France next year and we will look forward to having him down in Cambridge Stud in August. It’s not a bad training effort from Kevin Ryan.”

Ryan himself was not present, leaving his son Adam to saddle Hello Youmzain. “He is a very game and tough horse and for his first start of the season that was very impressive,” Adam Ryan said. “He strengthened up over the winter and we had him as well as we could at home.

“To win on the biggest stage of all is fantastic. Kevin was an apprentice with us. He gave him a brilliant ride and I am delighted to give him his first Group 1.

“He is a Group 1 sprinter so the July Cup would be an obvious choice for him but he has a lot of natural speed as well so we won’t rule out dropping down to 5 furlongs so he will probably get an entry in the Nunthorpe Stakes as well.

“It was very important for us to get a winner for the owners for his stud career. They left it up to us and we had ultimate faith in Kevin. In my opinion he is one of the most talented up and coming jockeys out there and he’s proven today.”

The Breeders’ Cup Challenge Series will return to Ascot on July 25 for the King George VI and Queen Elizabeth Stakes (G1), which will award the winner with an automatic starting position into the Longines Breeders’ Cup Turf. (fonte : Breeders’ Cup)

The Road to Kentucky Derby 146 continues today with a unique twist: the Belmont Stakes (G1)…
typically positioned as the third jewel in the Triple Crown series, will now be the first of the three races and will award a whopping 150 leaderboard points to the winner!
fonte : Kentucky Derby