16/04/2020. Dual French Classic winner and leading sire Shamardal (Giant’s Causeway-Helsinki (GB) {Machiavellian}) has been euthanised “as a result of health issues” at the age of 18 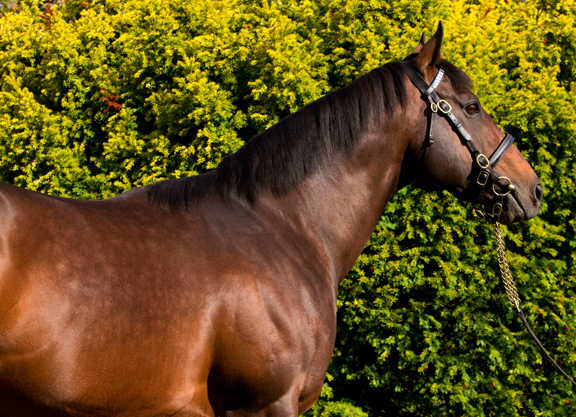 Dual French Classic winner and leading sire Shamardal (Giant’s Causeway-Helsinki (GB) {Machiavellian}) has been euthanised “as a result of health issues” at the age of 18.

Paying tribute to Kildangan Stud’s flagship stallion, Joe Osborne, managing director of Godolphin Ireland, said, “Shamardal embodied mental and physical toughness – as a racehorse and as a stallion. As the racing world has seen over the past 15 years, he passed those qualities on to his progeny.

“He contended with a range of health issues over recent years and did so with fortitude and resilience. It’s a tough day for us saying goodbye to him. This is an appropriate time to thank our team of stallion personnel and support professionals who cared for him so well and so kindly throughout his time here at Kildangan Stud.”

Bred in Kentucky by Brilliant Stable, Shamardal was unbeaten at two, his wins including the G1 Darley Dewhurst S., when trained by Mark Johnston for Abdulla Buhaleeba. He was switched to Godolphin and trainer Saeed Bin Suroor as a 3-year-old and went on to win the G1 Poule d’Essai Des Poulains, G1 Prix du Jockey Club and the G1 St James’s Palace S. in the year that Royal Ascot was held at York.

The sire of 25 Group 1 winners, Shamardal stood his entire European stud career at Kildangan Stud in Ireland bar one year at Dalham Hall Stud in England for the 2008 season. He also served five seasons for Darley in Australia.