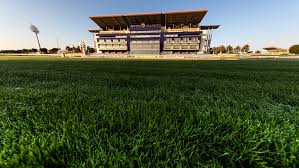 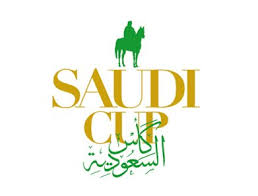 With a total prize purse of USD$29.2m including a record $20m for the inaugural running of the 1800m Saudi Cup, the two-day race weekend held on February 28 – 29 represents a significant evolution in Saudi Arabia’s racing history.

In total King Abdulaziz Racecourse will host 66 overseas runners from eight countries who between them have won 32 Group or Grade 1 races.

The highlight of the card, the first running of the world’s richest race, will see the Prince Faisal Bin Khalid Bin Abdulaziz-owned Mucho Gusto, trained to victory by Bob Baffert in last month’s Pegasus World Cup, take on Group 1 winning stablemate McKinzie as well as the might of heavy hitting Group 1 star, Maximum Security, trained by Jason Servis.

The mares will not go unrepresented with Midnight Bisou trained by Steve Asmussen and the Irish mare, Magic Wand who is prepared by Aidan O’Brien facing off against the colts.

Dubai-based and Saeed Bin Suroor-trained Benbatl has landed Group 1s in Germany, Great Britain, Australia and Dubai and bids to add a fifth country to his winning CV, while a pair of Grade 1 stars, Chrysoberyl and Gold Dream, trained by Hidetaka Otonashi and Mitsuru Hashida respectively, represent Japan.

Speaking at a press conference at the Equestrian Club of Riyadh’s city clubhouse, Prince Bandar expressed his satisfaction at the strength in depth across the Saudi Cup card.

“The establishment of the Saudi Cup is a great moment in the history of horseracing in Saudi Arabia and I am gratified that the global racing community has embraced our new concept with such enthusiasm,” said Prince Bandar. “I look forward to welcoming some of the world’s most highly decorated horsemen and women to Riyadh and am thrilled that so many champion international horses will be taking part on Saturday February 29.”

Top class horses will be on show throughout the meeting. Deirdre, a top-level scorer in both England and her native Japan for trainer, Mitsuru Hashida, is the biggest name in the US$1 million Neom Turf Cup over 2100m.

The Charlie Appleby-trained 2018 Melbourne Cup winner, Cross Counter, will come up against the French Group 1 scorer, Call The Wind, prepared by Freddy Head in the 3000m $2.5m Longines Turf Handicap.

Meanwhile Aatebat Al Khalediah, Masshhur Al Khalediah, Hajres and Ziyadd – top representatives of their breed from Dubai, Britain, France and Abu Dhabi respectively – will clash in the day’s big event for Purebred Arabians and richest race of its kind, the $1.9m Obaiya Arabian Classic over 2000m on dirt.

The fields for each race will be completed with the addition of two local runners, which will be selected following the Custodian of the Two Holy Mosques raceday on Saturday February 8.

Tom Ryan, Director of Strategy and International Racing for the Jockey Club of Saudi Arabia, said:
“Since the launch of the Saudi Cup less than seven months ago, the level of support and assistance we have received from our friends in the world of horse racing has been quite overwhelming, and I could not be happier with the quality of the horses set to contest our big races in just over three weeks’ time.

“Quality is spread throughout the card and we are looking forward to watching these superstars of global racing take to the track on February 29.”

A full list of the overseas-trained horses to have accepted an invitation to take part in this historic meeting is available here.