DYNAMIC DUO FOR TAYLOR MADE AT TATTS 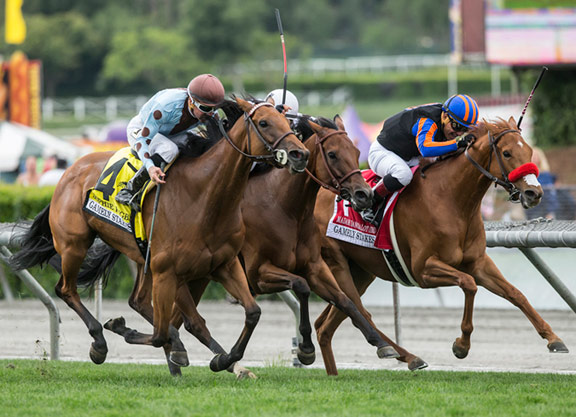 The Nicholasville, Kentucky-based Taylor Made Sales Agency is accustomed to breaking records. A dominant force both in quantity and quality since hitting the U.S. public auction scene in the late 1970s, Taylor Made is perennially among the leading consignors at America’s major yearling and breeding stock sales. Taylor Made graduates accounted for 9.6% of the combined aggregate of all North American sales in 2019, with 842 of the total 13,362 horses sold at public auction on the continent this year coming from a Taylor Made consignment. Next week, Taylor Made establishes a new record: it sends out its smallest-ever consignment, a two-horse draft at the Tattersalls December Mares Sale.

It’s the smallest consignment since 1976 for Taylor Made,” said Mark Taylor, Taylor Made’s vice president of marketing and public sales operations–and the youngest of the four Taylor Brothers, who is in Newmarket this week to oversee proceedings. I may get back to my roots and be showing mares; I’ll be raking, cleaning stalls, doing it all. I’m looking forward to it.” While Taylor Made’s Tattersalls draft may be smaller numerically than the agency’s norm, it will pack a big punch on quality.