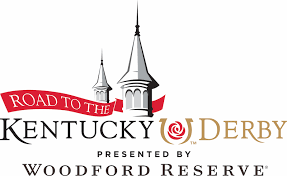 There are no shortage of opinions and angles when handicapping the Kentucky Derby. With up to 20 horses leaving the starting gate on the First Saturday in May, let our experts help you find good plays and picks for your Kentucky Derby betting.

Churchill Downs, Fair Grounds and twinspires.com Racing Analyst Joe Kristufek began his career in his native Chicago, climbing the ladder at the local racing venues. The 1989 rivalry between Kentucky Derby winner Sunday Silence and his nemesis Easy Goer got Joe hooked on horse racing. A self proclaimed “horse racing ambassador”, Joe’s industry experience spans from Dubai to Hong Kong to more than 35 tracks across North America. An award winning TV producer and fan development specialist, he relishes the challenge of scouting the nations top Kentucky Derby and Oaks contenders months in advance. From the infield to the suites and now the paddock, Joe has attended 14 Kentucky Derbies in person. Follow Joe on Twitter: @JoeyDaKRacing

Ed DeRosa is director of marketing for Brisnet.com, the official data source of the Kentucky Derby and TwinSpires.com. Ed joined Churchill Downs Inc. in July 2011 following nine years as a writer and editor with Thoroughbred Times. He grew up in Cleveland and learned to love horse racing while going to Thistledown (now known as Jack Thistledown) with his grandfather. Before 2015, Ed had never seen a Triple Crown winner; he still hasn’t seen an Indians World Championship. Ed’s favorite horses are Real Quiet, Ghostzapper, and Rachel Alexandra. Follow Ed on Twitter: @EJXD

James Scully writes/handicaps for Brisnet.com, TwinSpires.com and KentuckyDerby.com. He started working for Brisnet.com in 1998. A graduate of Transylvania University in Lexington, Kentucky, James has been a lifelong University of Kentucky and Cincinnati Bengals/Reds fan. He remembers watching Seattle Slew on TV and attended his first Kentucky Derby in 1981 (Pleasant Colony). Follow James on Twitter: @James_Scully111

Kellie Reilly, a staff writer in the Editorial Department at Brisnet.com, is a regular contributor to the TwinSpires.com blog and KentuckyDerby.com. Her articles have also been featured on NBCSports.com and in the official Kentucky Derby program. Kellie’s academic background is in history, culminating in an M.A. from her hometown University of New Orleans. A racing fan since childhood, Kellie is especially interested in pedigrees and the international racing scene. Follow Kellie on Twitter: @GallantFox1930

Vance Hanson is a contributing writer and editor for BRISnet.com, TwinSpires.com and KentuckyDerby.com with over 20 years of Thoroughbred racing experience. Prior to joining the Churchill Downs Inc. family, he served as a publicity assistant at Canterbury Park in Minnesota, where he began following the sport in the late 1980s, and as a handicapper/writer for Daily Racing Form in Lexington, Kentucky. Follow Vance on Twitter: @VPHanson

Scott Shapiro handicaps thoroughbred racing for Twin Spires.com, is part of the Churchill Downs on-air simulcast team, and analyzes professional football and college basketball for Bet America.com. Scott fell in love with thoroughbred racing when his father took him to Garden State Park in 1985 to see Kentucky Derby winner Spend A Buck race in the Jersey Derby instead of the Preakness Stakes. Scott graduated from the University of Wisconsin in 1996 and remains a die-hard Badger football and basketball fan today. His favorite horses are A.P. Indy, Fly So Free, Victory Gallop, and Ghostzapper.