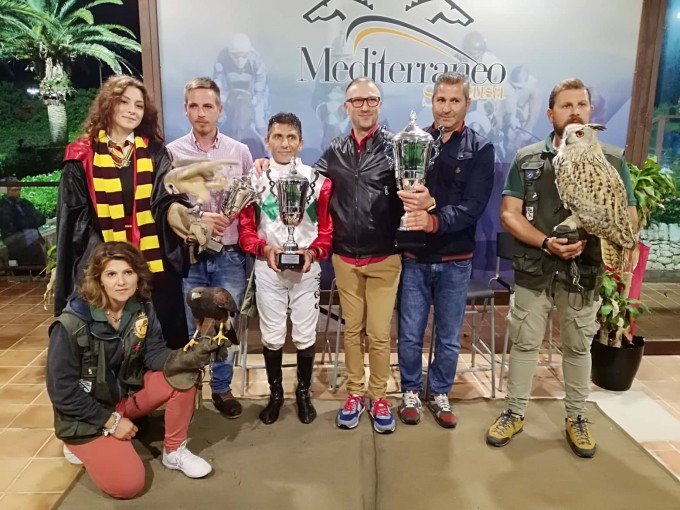 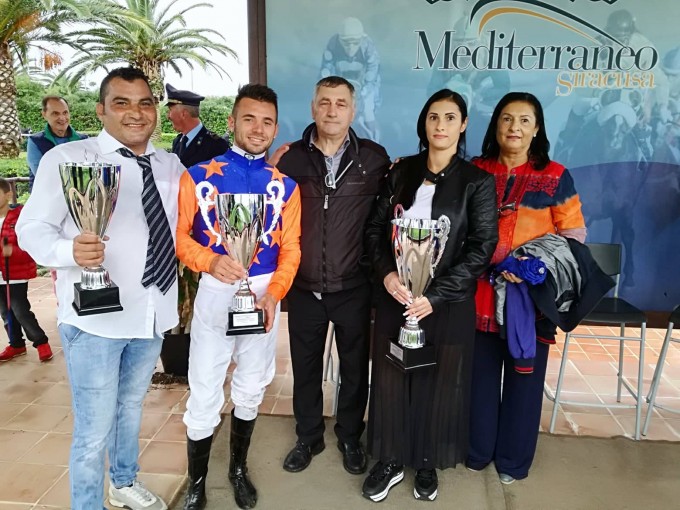 There was understandably much consternation as Saturday’s G1 Vertem Futurity Trophy attracted just one home-trained runner against a Ballydoyle contingent at Doncaster in Kameko (Kitten’s Joy). Roll on six days and all fears of a no-contest were belatedly put firmly aside as the Qatar Racing representative put all rivals to the sword at the rescheduled race under the lights at Newcastle. Joined by three other Brits taking on the Irish raiders in the first group 1 race to be run on the all-weather in Britain, the dark bay who was last seen finishing runner-up in the G2 Royal Lodge S. at Newmarket Sept. 28 travelled comfortably on the Tapeta tracking the leading trio under Oisin Murphy. Moving smoothly to the lead passing the two-furlong pole, the 11-2 shot was soon clear as TDN Rising Star Mogul (GB) (Galileo {Ire}) gave chase along with two of the other Ballydoyle runners in Innisfree (Ire) (Galileo {Ire}) and Year of the Tiger (Ire) (Galileo {Ire}). At the line, the Andrew Balding trainee had 3 1/4 lengths to spare over Innisfree, with Year of the Tiger a neck behind in third and Mogul a short head away in fourth as the Rosegreen trio fought out the minor placings. Supplemented this week, the 13-8 favourite and TDN Rising Star Kinross (GB) (Kingsman {GB}) was a touch disappointing in fifth.

David Redvers was on hand to witness the momentous result for the operation, whose Roaring Lion also by Kitten’s Joy was lost to the breeding world earlier this year. “Roaring Lion got touched off when he should have won this race in 2017 and it’s been a tough and emotional year, so to win with another Kitten’s Joy is sensational,” he said. “We’ve got to take on the best and beat the best and it’s fantastic to come out on top in this. Who knows how it would have turned out on deep ground at Doncaster, but fortune favours the brave and we’ve been very lucky. All credit to [the racecourse owners] ARC, the sponsors and all involved in making this a proper group one race. It was very competitive and the best horse won, so it’s a really good day for racing and for us.”

Whereas Kinross and Mogul were involved in a barging match in the scrum in the early stages of this contest which may not have helped their cause, Kameko enjoyed a straightforward trip with an ideal pace scenario supplied by the Ballydoyle pacemaker Royal County Down (Ire) (Gleneagles {Ire}). By far the strongest in the line-up, he was making up for narrow defeats when second in the G3 Solario S. over seven furlongs at Sandown Aug. 31 and when denied by Royal Dornoch (Ire) (Gleneagles {Ire}) in the Royal Lodge trying this trip for the first time.

Andrew Balding was inclined to take some blame for the latest defeat and said, “The Royal Lodge was probably my fault, because I had him a bit fresh and we’ve been a bit harder on him since. He is a horse who thrives on his work and racing and I think if Oisin had ridden that race again he would have won and come here expecting to win. I was very relieved they decided to run it here and it was a proper race today. He’s a very good horse and I’m so looking forward to next season with him. We’ll see how far he stays.”

Murphy was reflecting on the achievements of Roaring Lion aftewards and said, “He’s got a fair way to go to get anywhere near as good as him, but this is a brilliant start. He was relaxed at Newmarket until I decided to follow Frankie there and it lit him up with six to run. Andrew really believed in him, but I wasn’t quite so sure as he had been beaten in a group two last time. That instant acceleration is there and Newmarket might not be an ideal track for him–it wasn’t for Roaring Lion either–and I think a mile to ten furlongs will be fine.”

Kameko is out of Sweeter Still (Ire) (Rock of Gibraltar {Ire}), who was bred by Ann Marie O’Brien and raced once for Ballydoyle when fourth in a six-furlong Curragh maiden in 2007. Racing in the States the following season onwards, the half-sister to the 2012 winner of this race, Kingsbarns (Ire) (Galileo {Ire}), went on to win in the GIII Senorita S. and place in the GII Providencia S. and GII Honeymoon H. Sold originally to Royal Oak Farm for $750,000 at the 2014 Keeneland January Sale, she was a $35,000 purchase by Kameko’s breeder Calumet Farm at Keeneland November two years later before being offloaded for a mere $1,500 to T. Lesley Thompson at the most recent edition of that auction.

This decade there have only been four different President’s Cup winners. From 2010 to 2012, the great Dangdae Bulpae monopolised the race. Indie Band and Gyeongbudaero then each took a turn in the winner’s circle before Triple Nine won the first of what would be four straight successes in 2015.

There will be a new name on the trophy this year. Now aged seven, Triple Nine is back in training but he hasn’t made the starting gate and instead sixteen horses will vie to succeed him in winning the President’s Cup (KOR G1-2000M), the nation’s richest age-open race for Korean-bred horses at Seoul Racecourse on Sunday afternoon. There are 11 races at Seoul from 10:45 to 18:00 and 6 at Busan from 12:40 to 17:10. Race-by-race notes for Seoul below followed by Busan selections.

It’s a deep field. The last two Korean Derby winners, Ecton Blade and Wonderful Fly, are present but both will be outsiders in a bunch headed by Simjangui Godong. The three-year-old ran 2nd in the Derby and 6th in the Minister’s Cup but has since embarked on a purple patch of three wins including the Ilgan Sports and HRI Trophies.

Jockey Moon Se Young had more than one option but ultimately plumped for Simjangui Godong. However, a heavy fall on Saturday that landed him in hospital, seems likely to rule him out of the mount and a chance of winning one of the few elite races still to elude him.

Speaking after Thursday’s barrier draw, Moon had been bullish about Simjangui Godong’s chances and excited to ride a horse on whose sire, Jigeum I Sungan, he finished 3rd in the race in 2013. “I rode his sire in this race. We didn’t win it, but he was a great horse and I would love to win on his son. He’s a good horse, so it’s down to me. He’s so good that we can overcome even one mistake – obviously if we make more, it will be difficult”.

In gate 5, Simjangui Godong also has the plum draw. “In the President’s Cup, it’s so hard to win if you’re not within the inside 10. Gate 5 is perfect”, said Moon. Should Moon not make the race, a replacement rider has yet to be confirmed.

New Legend hasn’t quite lived up to his early promise. A Korea bred, he spent the early part of his career in the United States, even winning at Arlington Park, and for his first few outings back home looked unstoppable. The he hit the elite level and things haven’t been so easy with his latest being a disappointing run in the Keeneland Korea Cup (KOR G1).

This time though, New Legend faces only domestically-bred rivals and Kim Uk, assistant trainer to Kim Young-kwan, believes better is to come. “There is a myth that Menifee’s progeny aren’t good around 2000M or further, but we know that’s not true after Gyeongbudaero and Power Blade (both Grand Prix Stakes winner at 2300M). But we heard it again after New Legend was beaten (in May’s YTN Cup). We think he’s ready. After the Korea Cup he had a bit of a rest then we brought him back and started training him early with this in mind. We put him through a trial, and he went really well, and we think he is a chance here.”

Another serious chance is New Legend’s stablemate Captain Force. The four-year-old, by Peace Rules, is a winner of nine from twenty so far, but last raced in June. That doesn’t concern jockey Lee Hyo-sik. “He has been out a while and we initially wanted him to run once before this race, but we trialled him and felt he wasn’t ready so went back to training. We trialled him again at the beginning of October and were really happy with him so decided to come straight here. He did his fast work on Thursday and he was excellent. He’s exactly where we want him to be.”

Jockey Lim Sung-sil won this race on Indie Band in 2013 and likes what he sees in Final Energy. “It’s his first time around 2000M so we’ve been working on his stamina. He’s got good gate speed so I wasn’t worried about the draw although getting gate 7 is great, we just have to make sure he sees out the whole race. If he does that then he’s right in there. He travelled well, has eaten well and he likes it at Seoul – the stable here is bigger!”

There are plenty of other contenders too. Among the three-year-olds, Minister’s Cup winner Rock Choice takes his chance while top filly Clear Geom will also be in the gate. Among older contenders, the prolific winner Dokdo Jigi, a winner of eight from eleven lifetime starts, returns to action for the first time in five months and while he was given an easy time in a barrier trial last week, has plenty of quality about him. As for foreign interest, Thomas Gillespie saddles Toham Ace while Richard Oliver rides Ecton Blade and Ioannis Poullis gets the big leg-up on New Legend.

(5) GEOSEN JILU comes in having run 2nd and 3rd in two starts so far, both at 1000M and both times running on well. She steps up in trip for the first time today and could well be the one to beat. (4) DAESEUNG QUEEN ran well for 2nd on debut on October 5th. She too steps up in trip for the first time and looks to be a danger. (7) ILBO DEUNGCHEON does have experience of this distance having run 4th in what was quite a strong race last start and must be considered for improvement. (2) CHOGANGGUK and (8) BAEKDUSAN CHEONJI look to be the best of the rest.

Competitive – if not especially strong – maiden. (6) SHARK JJANG and (4) EAST BAN came home 5th and 6th respectively when they raced each other on September 28th. That was just East Ban’s second start and e should have improvement in him. He’s drawn better today to get to the lead and can win. (2) MUNHAKUI JEONSA already holds a win over 1200M and while he disappointed last start can be given another chance today back at the minimum. (9) POP STREET comes in off a very narrow defeat last time out over 1700M and is interesting dropped all the way back to 1000M today. (5) GOLDEN SERVICE…   Read more of this post