04/07/2019. KOREA, Summer Racing Schedule To Begin Friday 5th – Dolkong Back In Korea And Back On Top In Mayor’s Cup // MOONLIGHT CLOUD SISTER SHINES IN DEAUVILLE // Goffs Sportsman’s Sale extended due to unprecedented demand for places

The 2019 Summer Racing program begins this weekend with Friday and Saturday cards set to begin mid afternoon and end at 9pm. Sunday racing will continue to follow its usual program.

During July and August the racing schedule will typically be as follows:

There are exceptions though as during this period, each track will take one weekend off with the other two tracks picking up the slack with additional races. Jeju will be off on the final weekend of July meaning that on Friday July 26th, there will be a 14-race card at Busan and on Saturday July 27th, a 15-race card at Seoul.

Seoul will take the first weekend in August off and Busan the 2nd week meaning that on Friday 2nd and Friday 9th August, there will be no thoroughbred racing in Korea as Jeju will be the only track in operation. 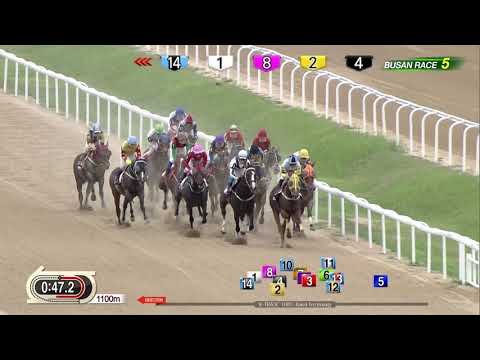 The five-year-old only returned to full training earlier this month but having looked well when winning a trial in Seoul last week, Dolkong was able to travel to Busan to take his chance in the race that’s often referred to as the “Summer Grand Prix”

And take his chance he did, as Dolkong, sent off as second-favourite, produced a final furlong burst to deny YTN Cup winner Moonhak Chief another big race win.

Pre-race favourite was Cheongdam Dokki, so disappointing in the YTN last month, blew his chances at the start, stumbling and almost falling as he exited the gate – he would recover but was never a factor.

It was left to World Day to set the early pace and the four-year-old led the field into the home straight.

Once World Day was headed by stablemate New Legend, with Moonhak Chief in close attendance before Dolkong showed the acceleration that saw him win the Listed Curlin Handicap at Meydan and passed them all to win with just under a length in hand.

It was Dolkong’s first start for trainer Bae Dae-Sun and he was partnered for the first time by Johan Victoire, the French jockey scoring his biggest success in Korean racing to date.

Next assignment for Dolkong is expected to be the International G3 Korea Cup at Seoul on Sunday September 8. (fonte : KRA) Floret (Ire) (Galileo {Ire}) (lot 210) was the standout of the Arqana Summer Sale catalogue, being a half-sister to the fourtime Group 1-winning miler Moonlight Cloud (Ire) (Invincible Spirit {Ire}), and she fulfilled her potential in the ring when scooped up by Tony Nerses on behalf of Imad Al Sagar for i380,000 on Wednesday. Offered by Charles Briere…