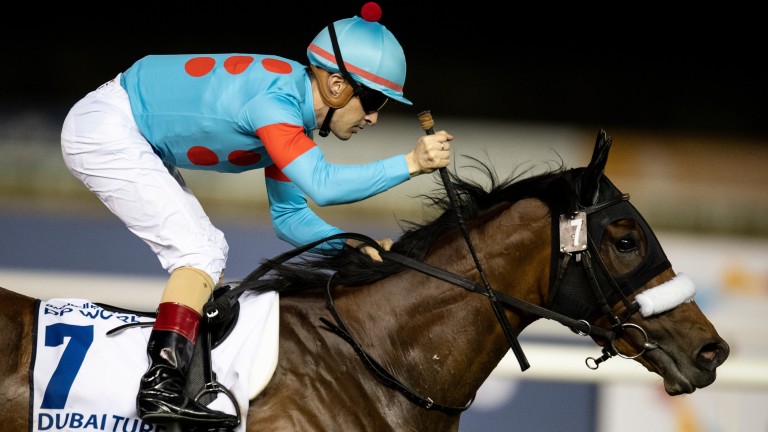 Almond Eye: will not travel to France for the Arc in October,   Edward Whitaker
By Richard Birch, APR 17 2019

Almond Eye, the Japan-trained super-filly who won her country’s fillies’ triple crown and last year’s Japan Cup, has been ruled out of a tilt at the Qatar Prix de l’Arc de Triomphe in October.

An impressive winner of the Group 1 Dubai Turf at Meydan last month over 1m1f, trainer Sakae Kunieda and jockey Christopher Lemaire had expressed excitement afterwards about the four-year-old tackling Europe’s most prestigious race.

However, Silk Racing, owners of Almond Eye, on Wednesday released a statement on their website addressed to “Everyone who supports Almond Eye”.

The statement says the decision to bypass the Arc was made after considering multiple factors, including her most recent trip to Dubai and the changes in her physical condition during long-distance transportation.

Connections also have concerns over the suitability of possible underfoot conditions – four of her six Group wins have been on ground officially described as firm – for Almond Eye at Longchamp in the autumn.

“We are very sorry that we are not able to meet your expectations,” wrote Silk Racing representative director Masafumi Yonemoto in the statement.

“We have to judge it is not the best race selection for her in view of the conditions such as environmental adaptation, the race itself, the care environment after race, and long-distance transportation.”

Almond Eye was second favourite for the Arc, along with last year’s runner-up Sea Of Class, behind dual winner Enable. (fonte : RacingPost)

NEWMARKET, UKC – Four purchases, and the top four prices of the sessionCadding up to a third of total turnover on the night. That was the game-changing commitment made by Godolphin to the opening session of the Tattersalls Breeze-Up Sale, with the presence of its founder in person a welcome boost to the morale of a sector that had, overall, suffered such a rocky time last year.

In fact any jitters were redressed within minutes of the bell, the fifth lot into the ring achieving a spectacular 850,000gns payday for Tally-Ho Stud, having been acquired for just 92,000gnsin the same ring last December. Lot 6 is the most expensive filly bought at this sale, and its third highest lot ever.