PRESENT TENSE (GB) (f, 3, Bated Breath {GB}–Zenda {GB} {G1SW-Fr, G1SP-Eng & GISP-US, $406,107}, by Zamindar), a debut seventh going an extended mile at Leicester in her only prior start Apr. 7, was sharply into stride and raced on the front end from flagfall in this return. Gaining an edge when stoked up with three-eighths remaining, the 2-1 favourite entered the final furlong with a decisive buffer and was driven out to hold the late thrust of Gakku (GB) (Pivotal {GB}) by a short head. Nothing But Dreams (GB) (Frankel {GB}), a daughter of MG1SW Danedream (Ger) (Lomitas {GB}), was scratched.

+THE GRAND VISIR (GB) (c, 3, Frankel {GB}–Piping {Ire}, by Montjeu {Ire}) lobbed along in a patient fourth from the outset of this first go. Asked to close on the leaders inside the half-mile pole, the 3-1 chance bounded into second approaching the final eighth and stayed on relentlessly under a late drive to deny Fibonacci (GB) (Galileo {Ire}) by a neck in the dying strides. The €750,000 ARAUG yearling becomes the second scorer, from as many foals to race, produced by an unraced daughter of G2 Prix de Royallieu victress and European highweight Saganeca (Sagace {Fr}), whose five black-type performers are headed by G1 Prix de l’Arc de Triomphe-winning sire Sagamix (Fr) (Linamix {Fr}) and G1 Criterium de Saint-Cloud-winning sire Sagacity (Fr) (Highest Honor {Fr}). John Oxley’s Classic Empire (Pioneerof the Nile) will look to become the third consecutive Eclipse Award-winning juvenile to double up in the GI Kentucky Derby, as he was made the lukewarm 4-1 favorite in what shapes as a wide-open renewal of the Run for the Roses Saturday at Churchill Downs. The $475,000 Keeneland September yearling purchase, impressive in taking out last year’s GI Breeders’ Cup Juvenile, has faced adversity this season, finishing a subpar third behind ‘TDN Rising Star’ Irish War Cry (Curlin) in the GII Holy Bull S. Feb. 4 before shipping into Winding Oaks Farm near Ocala to continue his training towards a final Derby prep. That was originally to come in Keeneland’s GII Toyota Blue Grass S. Apr. 8, but he ultimately made the trip to Hot Springs and got home late to annex the GI Arkansas Derby. Classic Empire will be ridden by Julien Leparoux, who will have some decisions to make from gate 14.

Always Dreaming (Bodemeister), the devastating winner of the GI Florida Derby when last seen, shares second favoritism with ‘TDN Rising Star’ McCraken (Ghostzapper), who took the first loss of his career when third to then maiden Irap (Tiznow) in the Blue Grass. Always Dreaming spent the bulk of his time in Florida at the relatively serene Palm Beach Downs training facility, but since arriving at Churchill has been a handful in the mornings. Trainer Todd Pletcher has switched exercise riders and has instituted a set of draw reins in an attempt to harness the colt’s energy. Always Dreaming drew nicely in gate five and is expected to be in the thick of the battle early on.

McCracken, a perfect three-for-three at Churchill Downs, landed gate 15 and will likely take back, angle in and make a run at them late.

Irish War Cry will be available at a generous morning-line quote of 6-1 given his body of work. The New Jersey-bred drilled Gunnevera (Dialed In) by nearly four lengths in the Holy Bull, but stubbed his toe in the GII Fountain of Youth S. Mar. 4, finishing a listless seventh. He bounced back with authority in his latest, a 3 1/2-length success in the GII Wood Memorial S. at Aqueduct Apr. 8. Irish War Cry will have Rajiv Maragh in the saddle for the second time for Kentucky Derby-winning trainer Graham Motion and will try to carve out a trip from the auxiliary gate in 17.

The field for the 143rd Kentucky Derby: Blue Point (Ire) (Shamardal) ran second to Mehmas (Ire) (Acclamation {GB}) in Goodwood’s July 28 G2 Richmond S., in his black-type debut, after opening up with a June 9 Nottingham win and acquiring TDN Rising Star status at Doncaster in his second start July 14. He remained at the forefront of European juvenile form when annexing York’s Aug. 20 G2 Gimcrack S., and closed a commendable freshman campaign with a second to The Last Lion (Ire) (Choisir {Aus}) in Newmarket’s Sept. 24 G1 Middle Park S. and a third behind Churchill (Ire) (Galileo {Ire}) in the Oct. 8 G1 Dewhurst S. back at Headquarters last time. Squeezed for room at the break and positioned fourth overall racing in the centre of the track, he inched ever closer from halfway and quickened smartly once shaken up for the lead approaching the final furlong to comfortably account for Harry Angel (Ire) (Dark Angel {Ire}) by 1 1/2 lengths. Mubtasim (Ire) (Arcano {Ire}), who raced towards the rear initially, ran on well in the closing stages to finish the same margin adrift in third.

Treve’s Sister Off the Mark At Chantilly ” Treve was a relative unknown when she captured that Classic by four lengths from the subsequent G1 Irish Oaks heroine Chicquita (Ire) (Montjeu {Ire}) prior to her exalted exploits at Longchamp. Her dam is a full-sister to the GI Breeders’ Cup Mile-placed sire Tsigane (Fr) from the family of the G1 Prix Saint-Alary winner Treble (Riverman), the champion sprinter Tamarisk (Ire) and also Triptych (Riverman), almost the “Treve” of her time in the eighties and a multiple champion who sits among the post-war greats of her sex. Lifetime Record: 3-1-1-0, €22,200. 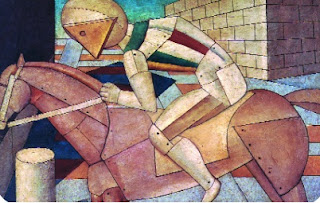 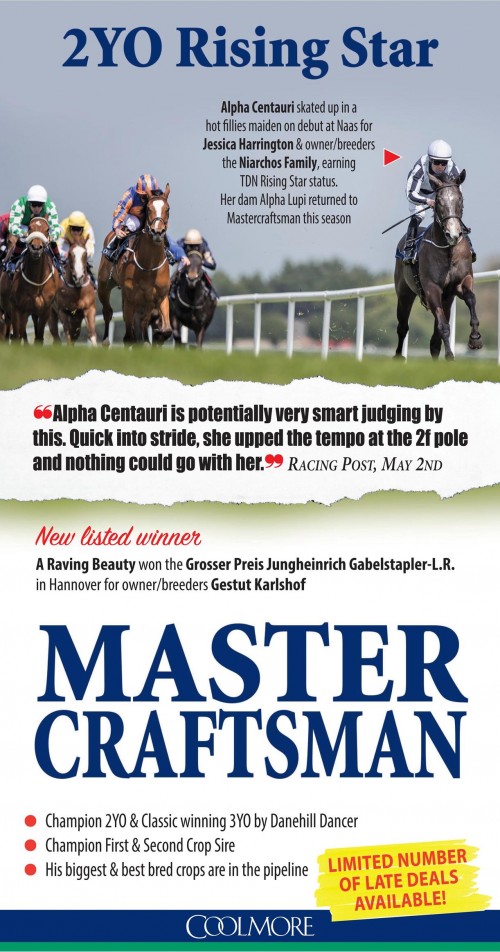